Why is this night different from all other nights?

The story of Passover has been immortalized by major motion picture studios in the mid-1950s with The Ten Commandments, more recently with Exodus: Gods and Kings in 2014, and the best re-telling of the story (in my humble opinion) in animation with A Rugrats Passover.

Outside of Hollywood, the story of Moses’ liberation of the Israelite slaves in Egypt has been told around dinner tables in homes all around the world for centuries.  But before you take your first bit of grandma’s famous Matzoh-ball soup, there are many steps and customs you must perform.

Lasting for between 7 and 8 days, the most commonly observed tradition is the eating of only unleavened bread, or Matzoh (this goes for pets, too). Additionally, all other traces of bread are removed from the home before sundown on this first night of Passover.  Now, I’m all for solidarity with my ancestors, but I personally think Moses wouldn’t have an issue with me sneaking in a Margherita slice of pizza on day 6, but I digress.

Passover revolves around the “Seder” and Seder plate.  Literally meaning “order”, the Seder is typically celebrated on the first of night with friends and family at home.  The symbolic plate contains a shank bone representing a sacrifice, an egg representing wholeness and the circle of life, greens representing the spring season, a bitter herb called maror representing the bitterness of Jewish slaves and charoset, a mixture of apples, nuts, sweet wine, cinnamon and sugar representing the bricks and mortar made by the slaves.

All of this is laid out in the book of Passover, the “Haggaddah”, which is typically read by the eldest member at the Seder table as they lead the service.  Technically, there are 15 steps in total laid out.  I’m going to list all 15 steps with brief explanations.  Dinner starts on step 11.  And just like my grandfather, I’ll know if you scrolled past steps 1-10 to get to the food.

1. First Glass of Wine: The Passover blessing is recited over the first cup of wine, and drunk.  The next cup is then poured, but not drunk yet.  Passover is a test of wills.

2. Wash Up: Everyone goes and washes their hands in preparation for step three.  Personally, I would’ve made this step one, but no one consulted me at the time the Haggaddah was written unfortunately.

3. Why So Salty?: Dip a vegetable (usually parsley) into salt water and eat.  The salt water represents the tears of Israelite slaves.

4. Break it Up: Three pieces of matzoh are set on a table covered by a piece of cloth.  The middle matzoh is then broken into two pieces.  The larger of the two pieces is the afikoman.  An adult then takes that piece and hides it somewhere in the house for the kids to look for later.  We’ll talk about that more in step 12.

5. Once Upon a Time: The story of the Exodus from Egypt and the first Passover is then told.  The youngest person at the 1031table begins by asking “The Four Questions” and continues with a retelling of the 10 plagues from the rest of the family.  After listening to the ten plagues the Egyptian people endured at the wrath of G-d, it is no wonder the second cup of wine is then drunk.

6. Wash Up, Again: I think this step was added to simply test the will of a ten year old version of myself.  In actuality this is to say a blessing over your hands, but I’m getting hungry over here.

9. Bitter and Sweet: A bitter vegetable is dipped in the sweet charoset, and eaten.

10. Make a Sandwich: Fill two pieces of Matzoh with bitter herbs and lettuce, say a prayer, lean to the left and eat.  If these were the kinds of sandwiches the ancients were making, I would have liked to see their reactions the first time they discovered a PB&J.

11. Let My Stomach Go: Finally. Redemption is here and we can eat real food and not just pieces of lettuce and over-sized unleavened crackers.  The additional steps before eating dinner can be said to commemorate the years of oppression Jews had to endure.  And by the time we get to step 11, I am completely empathetic to the hardships of my forefathers.  Bring on the Matzoh ball soup and brisket.

12. Afikomen: I told you we’d get back to the afikomen which was hidden in step four by the adults.  For a young Jewish child during Passover, finding the afikomen before all of your siblings and cousins offers bragging rights till the next year. Then, you realize you’re bragging about winning a piece of Matzoh… I’m not trying to be haughty, but that wouldn’t be my first choice for a prize.

13. Post-Meal Drinks: The third cup of wine is poured and drunk after giving thanks for the meal.

14. Thanks for Stopping By, Elijah:  A cup of wine is set out for the prophet Elijah along with a fourth (and final) cup of wine for the rest of the family.  Jews leave their door and a seat open during the Seder dinner for Elijah who visits every Seder in the whole world.  Elijah is sort of a Jewish version of Santa Claus.  Except Elijah doesn’t bring presents. And he drinks your alcohol instead of cookies and milk.  Okay, maybe he’s not like Santa.

15. Till Next Year: The Seder ends with a prayer to send you on your way home and the beginning of that car ride home finally being able to gossip about the rest of the family.

Passover is a time to gather with family and perform traditions and customs that have been carried out for thousands of years.  Home as been at the center of this holiday from when houses of Jews were “passed-over” by G-d when the firstborn of Egypt were slain in the last of the 10 plagues, to the first bite of gefilte fish sitting in your seat at the Seder table. 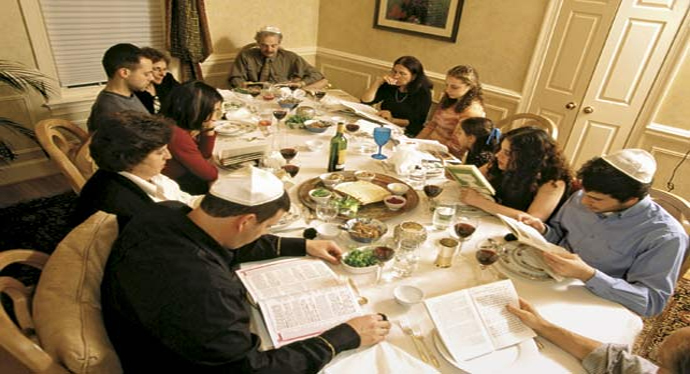 One of the few Jewish holidays that doesn’t revolve around going to Temple and instead we participate in several traditional acts, songs, prayers and dinner at home.
Carla Hayes Apr 3, 2013

Gather round the dreidel and save room for some latkes cause Hanukkah is here!
Sam Shalom Dec 3, 2018 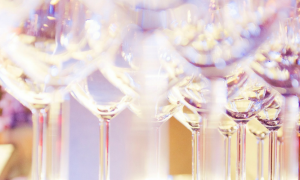 The Correct Way to Pack Wine Glasses for a Move

Prevent toasting to your home from a plastic cup by saving your delicate wine glasses with these packing techniques.
Lindsay Listanski Apr 3, 2017
https://6nb29bly7g.execute-api.us-east-1.amazonaws.com/ProdStage