Rattlesnake safety is important as folks head out to the yard and beyond to enjoy warm spring weather. Spring ushers in the time of year when most rattlesnake bites occur: between April and October. Many species of venomous snakes are native to California, including Pacific rattlesnakes, diamondbacks, and sidewinders. In addition, these and other rattlesnake species are found all over the Western United States. Though they may seem like a nuisance to humans, they actually provide us with a valuable service by keeping down the rodent population. The good news is that rattlesnakes are naturally shy around humans and do not bite unless provoked or threatened, so by following some basic rattlesnake safety tips, you can stay out of harm’s way.

First Thing’s First — Is It a Rattlesnake?

In the excitement of seeing a snake, it could initially be hard to tell if it’s actually a dangerous venomous snake or a harmless gopher snake. A rattlesnake has a blunt tail with rattles and a triangular shaped head. Rattlesnakes have a distinctive series of darker and lighter bands near the tail. Don’t be fooled if you don’t hear the telltale classic rattle, since some snakes may lose a rattle or rattles and younger snakes may not have developed rattles yet.

Know the Definition of “Rattlesnake Country”

Many a weekend golfer has had a surprise rattlesnake encounter, so don’t make assumptions about where rattlesnakes live. They can be in urban and suburban parks, on walking trails and pathways, or near man-made lakes. Rattlesnakes are also surprisingly agile swimmers and have been known to travel down rivers — so be careful in and near the water. Rattlesnake encounters can also happen in the yard, garage, or around the exterior of your home.

When you’re out hiking or even just strolling around, keep an eye out for snakes. Though the rattle is a classic warning sign to stay back, if you suddenly startle a rattlesnake, it may not have a chance to rattle before striking. Stay on official trails and paths, and especially avoid tall grasses or underbrush. Wear long pants or jeans to hike, and choose lace-up shoes that completely cover your lower legs. Even better, hiking boots with thick socks provide good protection to your legs. Plan hikes in well-traveled areas and hike with a buddy for safety.

Snakes spend their days hidden behind and under crevices, logs, piles of leaves, rocks, and other natural retreats. Never reach into any area without a clear view that it’s safe. Some campers have been startled to find surprise stowaways inside sleeping bags, tents, or piles of discarded sweatshirts or clothing. Shake items out carefully before jumping in. Always remember that snakes like to hide and will strike defensively if surprised. Rattlesnakes also have been known to crawl up the side of a building or along window frames or doorways, so be extra careful to not disturb a surprise houseguest.

Look Out for Children and Pets

Kids should be taught to watch out for snakes, not reach into areas they can’t see, and leave a snake alone if they do encounter one. Nobody should ever attempt to pick up an unknown snake. In addition, snakes can still transmit venom shortly after death, so teach children to never try to touch any snake, even one that appears to not be moving. Dog owners can enroll curious puppies in rattlesnake avoidance courses, which should be repeated every few years to make sure the dog remembers to safely avoid rattlesnakes.

They call me "The Temecula Answer Lady" because I am your insider source for everything local. My husband Scott and I have been raising our daughters in the beautiful Temecula Valley since 2003. My passion for contributing to our amazing quality of life here in the Temecula Valley leads me to volunteer for organizations like National Charity League, Inc., Temecula Valley Chapter (a founding member and 2015-2016 president), Hillcrest Academy, MOMS Club of Temecula-Central (a past president), Congregation B'nai Chaim of Murrieta, among others. http://www.mytemeculadreamhome.com 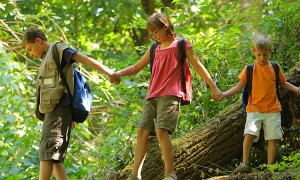 Hiking Near Philadelphia: Trails to Check Out

It's fall, the leaves are changing color, and the heat and humidity of summer have finally melted away. There's no better season for checking out the numerous hiking trails in and around...
Amy Freeman Oct 20, 2016 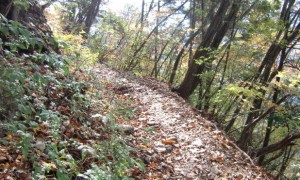 Looking down on the city of Dallas, you would see a crisscrossed maze of hiking trails throughout the Metroplex. Whether a hiking enthusiast or just in search of some quality time with nature, Dallas...
Suzanne Gattis Jul 29, 2013 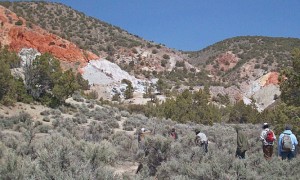