Real Estate Investing: The Art of the Flip

In the final post of the series, we’ll learn about the art of the ‘flip’. You’ve seen it on TV, but let’s see if it’s actually as easy as they let on…

In the first and second posts of the series, we learned the basics about real estate investing and what you need to know to play the game strategically. Now, we’ll see what you need to do to rehab a house and successfully ‘flip’ it.

Flipping is not that much different than buy and hold: In both cases, investors rely on buying at below market prices to reap profits. With flippers, however, those profits are booked sooner rather than later. And flippers have to work quickly before expenses mount up.

“The number one key is getting houses cheap enough to be able to fix them up and still sell for a profit,” said Mark Ferguson, who has been buying and selling homes in Greeley, Colorado for more than 15 years. “I used to find most of my buys as foreclosures but now there are so few in Colorado, I rely on the Multiple Listing Service.”

Ferguson finds listings that are available and underpriced because they need work. He said 97% of his flips need renovations that cost between $20,000 and $40,000. He expects to flip as many as 20 houses this year.

“Regular buyers can’t get loans for these houses because they need so much work,” he said. “I pay cash.”

Ferguson gained experience by working with his dad. He has contractors on speed dial who do all the work, although he is handy himself.

“I rehabbed a flip myself one time and it was the biggest mistake I ever made,” he said. “It took me three times as long and the quality of work wasn’t as good. Plus, I spent all my time working on the house.”

During most of the years Ferguson has been flipping, houses in Greeley were very affordable. That has changed recently with the median home price more than doubling over the past three years to $260,000, he said. The hot market is both a blessing and a curse. The gains mean that his flips are gaining value between when he buys and when he sells. That puts less pressure on him to flip quickly. The bad part is that good buys are harder to find, with more people chasing the bargains.

Bargains are almost impossible to find in the East Bay region of San Francisco, where Juan Diaz been flipping homes since the early 2000s.

The recovery has made it very hard to operate. Owners are afraid to put homes on the market because they think they might not be able to find anyplace to move into. The Bay Area is the housing market “on steroids,” said Diaz, with many amateurs getting into the business, hoping to make quick scores thanks to the lively price jumps.

These buyers, however, often overpay and are not set up to quickly refurbish and resell the homes.

“A lot of them are one and done,” said Diaz. “They make little or no money.”

Flips are not always profitable even for Diaz, who does 20 or more a year with his investors. Each calendar year one or two of his flips, well, flops.

“Not every one will be a home run or even a base hit,” he said. He knows things can go wrong, but the successes more than offset the losses.

If Ferguson and Diaz represent the full-time, professional real estate investor, Dan Nainan represents the amateur. The 35-year-old professional comedian got serious this year about dipping his toes in the flipping scene. In doing so, he violated some of the advice of the professionals.

He lives, for example, in New York, but he purchased a home in Chevy Chase, MD. He feels that he knows the area, however, having grown up there. He also has been slow to turn the property around; he bought in January and has yet to put it on the market. Since Washington-area prices have been quite stable lately, he doesn’t figure on gaining from the delay. The monthly costs will add up and make it harder to turn a profit.

Nainan did do a couple of things right. He had the help of a friend in the business who buys and sells.

“He gave me good unbiased advice about what needed to be done,” said Nainan. “I was looking for a house well below market.”

When he adds up all his costs, including transaction costs, Nainan may wind up with a very modest margin but, whatever the outcome, the flip should be beneficial for his own real estate investment education.

Most professional real estate investors, both flippers and buy-and-holders, agree that inventory shortages in many markets have made it harder to find properties. They keep prospecting for properties with the hope, the expectation, that eventually they’ll hit pay dirt. That’s what keeps them in the game. 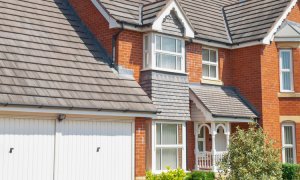 In the second post of the series, we'll learn what the buy-and-hold strategy is and what you need to know to be successful when investing in real estate.
Les Christie Sep 22, 2016 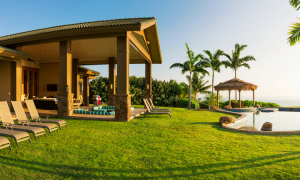 Real Estate Investing: On the Upswing

In the first post of the Real Estate Investing series, we explore real estate's "safe" reputation for investors and what you should consider when looking at investment properties.
Les Christie Sep 21, 2016 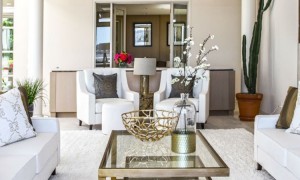 Realtor or Real Estate Agent? And Other Real...

From the real deal on real estate agent vs. realtor to the truth about house hunting, our Coldwell Banker real estate professionals break down 6 of the most commonly heard real estate misconceptions.
Victoria Keichinger Aug 3, 2016
https://6nb29bly7g.execute-api.us-east-1.amazonaws.com/ProdStage