Bathtub vs. Shower: Which Do You Choose?

If you’re honest with yourself, when’s the last time you took a bath? When you’re remodeling your bathroom, trading the bathtub for a shower unit might make sense. But there are a few reasons why keeping a tub can be worth it.

Improving the bathroom in your Philadelphia home is one of the best ways to boost its value and to make buyers more interested in it. One of the big concerns homeowners face when doing a bathroom renovation is choosing a bathtub vs. shower. Depending on your preferences and the size of your bathroom, choosing one over the other can make more sense. But it’s also important to think of how having just a shower or sticking with a traditional bathtub affects the value of your home.

While some bathrooms in Philly can be down right palatial when it comes to size, others are considerably smaller. If the best words to describe your bathroom are tiny or postage stamp sized, and you have a bathtub, sink, and toilet in there, switching to a walk-in shower stall can free up more space. You won’t be able to have a long soak in the tub when you trade it in for a shower stall, but you will have more room in the bathroom to style your hair or store your stuff.

One factor guiding the bathtub vs. shower debate is trendiness. Showers are cool, bathtubs just aren’t. According to the American Institute of Architects, showers have only risen in popularity in the last few years. For example, in 2014, 61 percent of respondents to the Institute’s Home Design Trends Survey described a large walk-in shower as something they wanted. Fifty-six percent wanted a shower stall with no tub.

Whether you’re a homeowner watching your water bill or are concerned about wasting water, you might consider the environmental impact of having a bathtub and taking baths versus only taking showers. The Ask Umbra column on Grist breaks down the difference in water use between taking a bath and a shower. The average bathtub holds about 36 gallons of water. During a bath, it’s usually filled partway, so that the average bath uses somewhere between 20 and 30 gallons of water.

Although whether a tub or shower makes more sense for your regular life is a big issue, how your decision affects the resale value of your home is never far from a homeowner’s mind. Shower stalls might be cool and trendy, and they might let you conserve water, but many home buyers are going to want a house that has at least one bathtub. Even if they don’t take baths, having a tub handy offers a lot of benefits, from providing a space to wash their pets to giving them a spot to wash large, unwieldy items such as curtains or rugs.

A good rule of thumb to follow when deciding between a shower or a tub is to pick the option that works best for you and that won’t have too much of a negative effect on the value of your home. Even if you never take a bath, it’s a good idea not to throw the bathtub out with the bathwater. 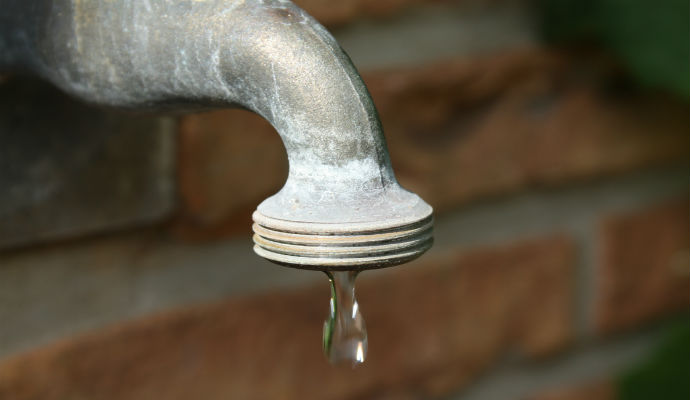 How to Reduce Your Water Footprint

Here are some great tips that will hopefully give you more ideas on how to integrate water-saving techiques into your family's routine.
Lindsay Listanski Jul 18, 2013 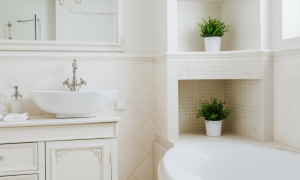 8 Budget-Friendly Touches for a Spa-Like Bathroom

Good news! You don’t have to spend a fortune to achieve a high-end, luxurious look for your bathroom. Read on for 8 easy updates for a spa-like bathroom.
Sharon Lee Oct 11, 2017
https://6nb29bly7g.execute-api.us-east-1.amazonaws.com/ProdStage