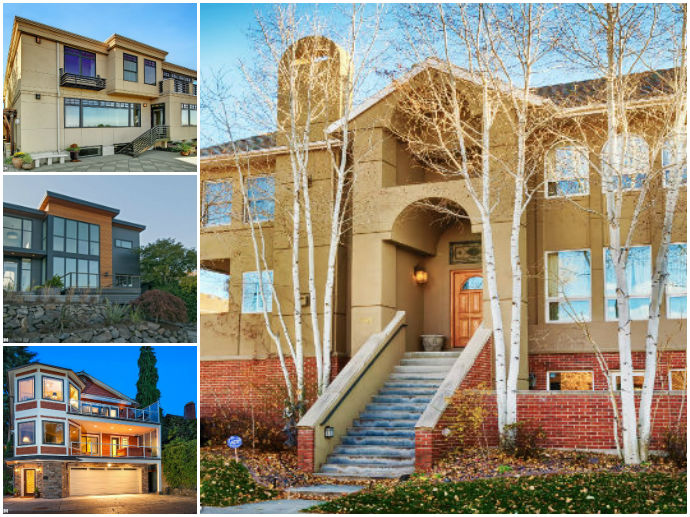 In light of hometowns and the BIG upcoming game, we thought it would be clever to construct a compilation of 10 beautiful properties from both Seattle and Denver.

The connection we all have to home and our hometown truly dictates the core of who we are. Although I moved away from where I was born and raised by age ten, my old neighborhood lives on in my heart and memories. Some of the happiest and most character building moments took place in that first house whose features will surely be etched in my brain forever. Luckily, I didn’t move too far away so I can always visit my family and friends.

However, when one is a professional athlete, that luxury isn’t always promised. Often times, they are traded to cities they’ve never even been to. It is then up to them to make the most of their adopted hometowns, which I am sure is tremendously challenging.

In light of hometowns and the upcoming “BIG GAME” that starts with an s, we thought it would be fun to construct a compilation of 10 beautiful properties from both Seattle and Denver. Enjoy the game and may the best team win!

When summertime rolls around, the majority of us turn into little fish! There is something captivating about the water that keeps us coming back for some good ol' fun. Whether you prefer an ocean,...
Lindsay Listanski Jul 18, 2013

A Place in Denver for Peyton Manning to Call Home

Peyton Manning is headed to the Denver Broncos. His options were plenteous, but the former MVP decided he needed some higher elevation to help his chance at winning another Super Bowl. While...
David Marine Mar 20, 2012
https://6nb29bly7g.execute-api.us-east-1.amazonaws.com/ProdStage