Smart home tech isn’t just for the adults. A few companies are looking at how kids can get in the action.

The following is a guest post from Anna Visioli, VP of Digital Platforms for Coldwell Banker.

For me—and hundreds of thousands of other attendees—being at CES is a bit like being a kid in a toy store, with a cool new must-have gadget lurking around every corner. But for many CES exhibitors, CES is actually a toy store. These toy retailers are showcasing futuristic toys that are certain to be on your childrens’ future wish lists.

The good news for parents is that many of the toys showcased were modular, multi-purpose and were educational in addition to just plain fun. For the very youngest kids, pi lab presents Edwin the duck, which they “bill” as the world’s smartest duck. Edwin looks like an ordinary rubber duck and because he’s completely waterproof, he can join your child for some bath time fun. However, his adventures go beyond the tub and into his very own app. While your child holds the bluetooth-enabled Edwin, she can control his adventures. Through simple movements, children can help Edwin swim, learn and (my personal favorite), put away laundry. But that’s not all: Edwin is also a speaker, a nightlight and a thermometer–how’s that for multi-purpose? Edwin is available now through retailers such as Best Buy.

For older kids, Meccano robots offer the ability to build, program, and explore the burgeoning field of robotics. The Meccano robot can be programmed to perform certain tasks through an app or directly through physical interaction. The robot recognizes your voice, and can even teach you Spanish. While the line of Meccano robots ranges in price from $140 to over $500, the company also unveiled an entry-level line of Micronoids that can also be programmed to navigate obstacles or to sing and dance. Mikcronoids retail at a very affordable $39.99.

What do you get for the kid that wants a pet but circumstances (or allergies) won’t allow for it? AT CES, WowWee is presenting CHIP (Canine Home Intelligent Pet), a GPS-enabled pup that comes with IR and Bluetooth sensors. The owner wears a smartband, which allow CHIP to identify his owner and respond to commands. CHIP also plays games with his smartball and goes back to his recharging station when he’s tired. CHIP will not be on the market until later this year, but we assume he is not prone to accidents on the kitchen floor like his live pup counterparts.

For all the smart home tech that was launched at CES this year, check out ces.coldwellbanker.com.

Beyond Wearables: Health and Fitness Devices at CES Will Be in Every Nook and Cranny of our Homes
Can a Smart Home Help Make Life at Home Easier for the Elderly? 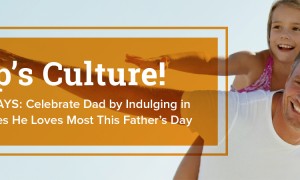 Survey says: celebrate dad by indulging in the activities he loves most this Father’s Day.
Sam Shalom Jun 15, 2018 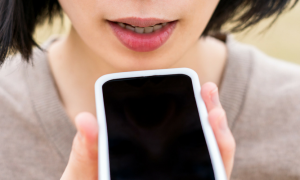 How to Control Your Home with Your Voice

Mind control may be a thing of the future but voice control is here today!
Lindsay Listanski Jun 21, 2017

5 Great Home Apps for the Holidays

At some point over the next week or so you'll probably be spending some more time at home than usual, and it's quite possible that your home will be a little bit more crowded than normal too....
David Marine Dec 20, 2012
https://6nb29bly7g.execute-api.us-east-1.amazonaws.com/ProdStage