Speedy Home Sales: Top 5 Things Buyers Were Looking for in 2017

Are you curious to know what it takes for your community to see speedy home sales in 2018? In order to determine what makes home sales happen quickly, take a look at what buyers were looking for these past 12 months.

Are you are curious to know what it takes for your community to see speedy home sales in 2018? In order to determine what makes home sales happen quickly, as agents, we look at the patterns. We compile the data and compare it, year over year. So if you are wondering what it takes to sell your home quickly in 2018 or “What did the homes that sold in Petoskey in 2017 in 30 days or fewer have in common?” we can tell you that.

Without further ado, let’s take a look at the top five things buyers were looking for these past 12 months.

According to an article by the National Association of Home Builders, the NAHB, national averages in new builds has been around 2,600 square feet since 2016 and on a steady increase.

The article stated that: “The post-recession increase in single-family home size is consistent with the historical pattern coming out of recessions. Typical new home size falls prior to and during a recession as some home buyers tighten budgets, and then sizes rise as high-end home buyers, who face fewer credit constraints, return to the housing market in relatively greater proportions.”

For our purposes, the homes we are talking about that sold in 2017, were not new builds. In fact, at least one of the homes was built as far back as the year 1900, 5 homes were noted as being built in 2002 or sooner. The ages for most of the rest of the homes, however, were unknown. All that said, it appears that national averages and averages here in Petoskey don’t necessarily correlate. To further make that point, in a study of the 1,789 homes sold since 2011, only 42 were built in 2010 or sooner with an average of 2,250 square feet. Of those 42 homes, only 4 sold in less than 30 days. Furthermore, the average day on market was 180 days over the course of 7 years.

According to the National Association of Home Builders, homes are most often built to include 2.56 bathrooms and 3.38 bedrooms. These figures coincide with what buyers were looking for in 2017. The vast majority of homes that sold were 3 bedroom, 2 bath homes. These homes are usually preferable because they can accommodate growing families, guests, or retirees all the same.

When it comes to how homes are selling quickly, financing accounts for 37% of home sales. While most homes sold for cash (16 homes or 59%) the remainder of sales were done through a mortgage (10 homes or 37%). One home sold on a land contract.

It appears that if you want to see a speedy home sale, you should make sure you have a garage. Nearly all homes sold (with the exception of two) had at least a one-car garage and on average a two-car garage. It’s no wonder Petoskey residents want garages; with our harsh winters, it only makes sense to have a safe place to house a car. So if you don’t have one already, you may want to consider adding on a garage. It may help with a quicker sale, and it is also likely to increase your home’s value too. In fact, the data shows, that of homes sold in the same neighborhood with much of the same features, the 2 homes with garages sold at substantially higher prices than those without.

Of all of the criteria that helped contribute to speedy home sales in 2017, having a “stick-built” home seemed to be on trend; 23 of the 27 homes were built on the site where they reside.

“Stick-built” or “site-built” homes tend to hold their value at a much better rate than manufactured homes. This is because the materials used for “site-built” homes tends to be of higher quality, making them more desirable. This fact coincides with the next, that site-built homes look better in the eyes of lenders. If an investment holds its value longer, simply put, it is the better investment.

Of all the things that helped to push faster sales in 2017, it should be noted that location, correct pricing, and marketing are also factors that can contribute. Because each home is unique, it is important to get a professional market analysis from a real estate agent who knows your market area. Perhaps there are some things you can work on to help your home sell such as staging or small repairs, but you won’t know until you get a professional opinion. Call an agent today.

Jennifer Carson is the Director of Operations with Coldwell Banker Fairbairn Realty. She is a licensed Real Estate Agent in the State of Michigan. She has certifications in mediation and has a passion for helping people problem solve. Jennifer is a lifelong "Michigander" and currently resides in Petoskey, Michigan. She loves exploring all that Northern Michigan has to offer.

How to Remove Weeds
Why Are There Holes in Your Lawn? 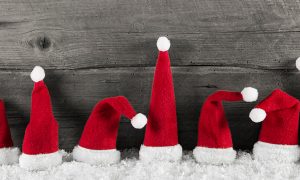 Our Northern Michigan community is ripe with holiday traditions and events for family and friends to take part in. I know, for me, someone new to the Petoskey community, it is truly a joy to find...
Jennifer Carson Nov 27, 2017 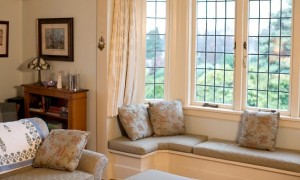 Sizing Up Your Philadelphia Home: How to Measure...

The square-footage measurement of a Philadelphia home is used for comparative purposes by house hunters, real estate agents, and appraisers. However, there are some variations among calculation...
Jennifer A. DiGiovanni Nov 8, 2013
https://6nb29bly7g.execute-api.us-east-1.amazonaws.com/ProdStage