Step Inside the Home of Dellin Betances

The New York Yankees All-star reliever shows us where the awesomeness always goes down in his home.

Last week, we toured Ryan Zimmerman of the Washington Nationals’ home with his young family.  This week, we head up the East coast to a home that is extra special for the New York Yankees’ latest home grown All-star.

The first thing now All-star relief pitcher Dellin Betances did when he was drafted in 2006 when he signed with the Yankees out of high school was buy his family a home.  Dellin spent his formative years dominating his opponents in the city’s high school ranks where he first caught the Yankees’ attention.  He’s still dominating batters in New York City, but this time it’s a few streets uptown in the Bronx on E 161st at Yankee Stadium.

On the mound, Dellin Betances is the real deal.  6’8 and 265 pounds of power and deception.  When the game is on the line, he is a quiet assassin, only letting out emotion once the final strike is called.  At home, Dellin is no longer the assassin, but just a kid from the city who is living out his dreams playing for the team he grew up idolizing.

The most important thing about moving his family from a small apartment was to make sure that each member of his family had a room.  The close knit family found a home that was in the perfect area for them.  Ten years later, they are just as happy.  Judging from the way Dellin’s face lights up when he starts talking about the food they have in the dining room, I believe him when he says the table is, “usually filled with awesomeness.”  If we were siblings, I no doubt would weigh 265 pounds also.  Though, that weight may not fit as well with my height…

Watch the video above to see where Dellin gets all of his height from and much more.  Then, take a bite out of the Big Apple with these NYC homes! 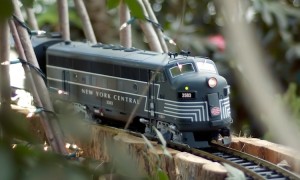 Living in the Big Apple allows you to enjoy New York entertainment that one can only experience in this magnificent city. Just walk out your door and onto the streets to the scents of chestnuts...
Carol Ruth Weber of weberlifedesign.com Dec 1, 2015 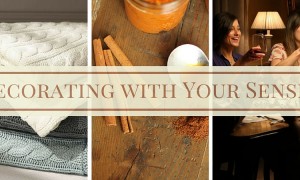 How To Use Your Senses to Transition Your Home...

Allow sight, sound, touch, taste and smell to be your guide with decorating your home for Fall.
Lindsay Listanski Sep 6, 2016
https://6nb29bly7g.execute-api.us-east-1.amazonaws.com/ProdStage