Suburbia Meets the City in Bangkok — An Award-Winning Designer Villa

Bangkok is one of the most beautifully chaotic cities in the world. Amidst this unlikely setting and nestled on a quiet dead-end street, there exists a residential gem — a stunning and spacious designer villa.

It’s a quiet, dead-end street. The birds are chirping, and vines, greenery, and flowers dominate the landscape. The disruptive sounds of engines and horns are nonexistent. It’s surprising, because you’re in the heart of Bangkok’s CBD. It is in this peaceful setting that Bangkok’s most eclectic designer villa can be found. Securely enclosed by a high wall and sliding gate, this unexpected and private compound offers the perfect combination of city life with a spacious, suburban feel.

Upon entering the grounds, it doesn’t take long to understand why the sprawling six-bed/five-bath villa won the title “Best Overseas Urban Home” — a category in the 2008 Singapore Architecture Awards. Built and designed under one owner, Singapore-based k2ld was commissioned for the project. With the owner’s vision and k2ld’s expertise, a plot of land previously occupied by a warehouse soon became a residential masterpiece offering an astonishing 7,675 square feet of living space. The villa’s symmetry and architectural balance is pleasing to the eye. A lush outdoor garden spreads out before a central living area, flanked by two nearly identical multi-story wings on each side. Inside the villa, one will quickly find one of the owner’s favorite design concepts — repurposing items. Balinese rice pounders have been reconfigured to serve as dining room seating, with beautiful door panels turned into wall art. In addition to an enviable collection of tribal art, antiques, and relics from around the world, the home also displays an impressive collection of original movie posters — a unique theme that can be found throughout the villa’s living area. A charming first-floor study and an open, second-level hallway serve as libraries containing a vast collection of books reflective of the owner’s interest in World War I, golf, and India. The property’s many unique features are further accentuated by a bright color palette. Greens, blues, and a sandy neutral decorate the walls, while splashes of purple and yellow make cameo appearances in certain rooms. One of the most striking spaces is the master bedroom, complete with steam room, cold plunge pool, and en-suite living room. Large, airy, and boasting seven-meter high ceilings, the bedroom is as inviting as it is colorful. The room’s back wall is a stunning feature in itself; painted a vibrant blue, it intermixes shelves with windows, showcasing books and art pieces, all while allowing natural light to fill the space. Unrivaled in privacy, space, and design, the villa is a true wonder to be found amidst a city known for chaos rather than calm. The best of both worlds can be found where home is a relaxing retreat, and yet, the conveniences of the city are only a stone’s throw away. For more information and photos of this extraordinary villa, visit Coldwell Banker Thailand.

Lauren Carey is Franchise Development Manager and Social Media Manager for Coldwell Banker Thailand. Lauren grew up in Massachusetts, where she developed a love for the ocean and a knack for the word “wicked.” She spent 4 years cheering on the UCONN Huskies and kick-started her career in Boston before moving across the globe. She now resides in Bangkok, Thailand where she can be found instagramming and plotting weekend getaways.

Downtown Ponte Vedra Beach Has Arrived!
6 of the Most Awesome Homes on the Market

Before listing your home, tap into the talents of a home stager. You may sell your home faster and at a bigger profit.
Victoria Keichinger Nov 22, 2016

These storage and display ideas veer from the straight and narrow and into the realm of room-transforming.
Victoria Keichinger Aug 22, 2016 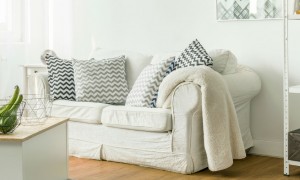 7 Things Worth Saving Space for in a Small House

Include these elements to make your compact space comfortable, functional and stylish.
Victoria Keichinger Apr 25, 2017
https://6nb29bly7g.execute-api.us-east-1.amazonaws.com/ProdStage