The many dog parks in Dallas-Fort Worth and the surrounding areas provide fun for both pooches and their owners to play and get to know new dogs and humans. Find out which one is right for you and your pet.

The many dog parks in Dallas-Fort Worth and the surrounding areas provide fun for both pooches and their owners to play and get to know new dogs and humans. No matter where you live, one of more than three-dozen Dallas dog parks, and those in surrounding areas, are most likely within a 20-minute drive. Here are some of the region’s favorite off-leash facilities.

When Bigger is Better

North Bark Park on Gramercy Oaks is one of the most popular dog parks in Dallas. It features 21 acres of fenced area, perfect for large or very active dogs who need space to run and play. Not only is the park a primo spot for canines, but it’s a family-friendly outdoor area that features a wide, paved walkway that’s perfect for strollers or wheelchairs. There’s plentiful shade, a necessity for keeping cool much of the year, and watering stations for both dogs and humans. It is one of the most popular Dallas dog parks.

When Bigger Is NOT Better

If your Chihuahua isn’t a fan of hanging out with Great Danes, head over to Irving Dog Park, which features two separate play areas for both large and small dogs. You’ll find plentiful shade, boulders for sitting and watching your pup play, and a shelter if a rain shower pops up. If you have to do some work or have an addiction to social media, fear not. This park also features Wi-Fi hotspots.

One dog park making a splash is White Rock Dog Park. The oldest dog park in Dallas is scheduled to reopen in mid-May with an expansion and several improvements, including a dog launch that will allow Fido to take a dip in the lake. It also includes separate play areas for large and small breeds. You also get to enjoy the beauty of the lake.

If your schedule means that playtime is better late at night, head over to Fort Woof Dog Park at Fort Worth’s Gateway Park where you will find plenty of lighting and the ability to play until 11:30 p.m. This park has been honored by several national dog magazines as being one of the best dog parks in the country. It includes separate areas for dogs weighing 40 pounds or more or less than 40 pounds. A second dog park is expected to open at Z. Boaz Park later this year.

Before you visit any dog parks in Dallas or surrounding areas, make sure your dog is vaccinated and has a license issued by your city. Many dog parks do not allow food but will allow you to bring in water. Be sure to take advantage of the pet poop stations to help keep the park clean.

The Dallas-Fort Worth Metroplex is extremely dog-friendly, offering many outdoor areas where dogs are welcome. This includes a wide variety of fenced "Bark Parks" where canines can run and socialize.
Adrienne Cohen Jul 11, 2013 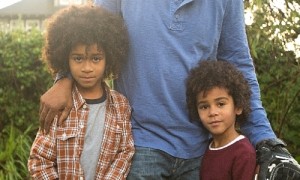 With both free public parks and parks with nominal fees for admission scattered throughout the Dallas-Fort Worth area, parents and caregivers have an array of options for entertaining, kid-friendly...
Lindsey Chamberlain Nov 11, 2013

Much of the public art displayed in the Dallas-Fort Worth Metroplex has the area's history, particularly its Western roots, as a subject. But not all of it. The two cities share a tradition of...
Adrienne Cohen Sep 23, 2013
https://6nb29bly7g.execute-api.us-east-1.amazonaws.com/ProdStage