Are you an aspiring college student looking at schools in Philadelphia? Philly’s a bustling college city, with plenty of higher education institutions to choose from. Here’s a rundown of a few Philly schools.

Whether you’re considering getting a bachelor’s degree or are going to pursue a doctorate, Philly is the place to do it. Schools in Philadelphia range from those offering two-year degrees to full research institutions that offer undergraduate and graduate programs. You can find a complete list of colleges and universities in the area on the city’s website, but here’s a closer look at a few schools in the heart of the city.

Located just west of the Schuylkill River, the University of Pennsylvania (UPenn) is part of the Ivy League and one of the oldest universities in the country. Founded by Benjamin Franklin, it was the first school in the U.S. to offer undergraduate and graduate degrees. About 60 percent of the school’s undergraduate students live on campus. The remaining 40 percent or so tend to live in the area surrounding the school, which has been dubbed University City. You can also find UPenn students over in Center City, the Graduate Hospital area, and even in South Philly.

Located to the north of UPenn, just west of the Schuylkill, Drexel University is a private college that was founded in 1891. Drexel’s a bit different from other schools in Philadelphia, as it operates on a quarter system and many of its undergraduate degree programs feature a co-op. During a co-op, students receive about 18 months of on-the-job experience in their field. Usually, co-ops are paid, which sets them apart from many internships. Many Drexel undergraduates live on-campus, but those that live off-campus tend to live in Powelton Village, the neighborhood above the school, or in University City, which is to the south.

University of the Arts

It’s probably not much of a surprise that the University of the Arts is located along Broad Street, the “Avenue of the Arts,” in Center City. The school offers fine arts degrees in both the visual and the performing arts. It’s considerably smaller than many schools in Philly, with a student body of less than 2,000. Although its residential housing options have increased in the past few years, and the school now has four residence halls, a number of students live off campus, usually in Center City, or in neighboring areas such as Point Breeze, East Passyunk, and Graduate Hospital.

Temple University is a major, state-related research institution located in North Philadelphia, along Broad Street. It offers undergraduate and graduate degrees and has a student body of around 38,000. Although once considered to be a commuter school, the number of students living on-campus has increased in recent years, and the school has added residence halls to keep up with demand. A number of privately owned student residences are also available in the area surrounding the school.

The city’s community college offers a number of associate (two-year) degrees, as well as continuing education and career training. The school’s main campus is just north of Center City. It also has branches in the Northeast, Northwest, and West Philadelphia. Since the goal of the community college is to make higher education and career development accessible to the largest number of Philadelphians, students at the school tend to come from and live all over the city. There’s no on-campus housing offered.

With plenty of options when it comes to schools and places to live, Philadelphia is a great place to earn a degree. You’re not only able to enjoy the resources of your college, but the resources and culture of the city itself.

Decorating on a Budget with Online Designers
What's for Sale In: East Passyunk Crossing 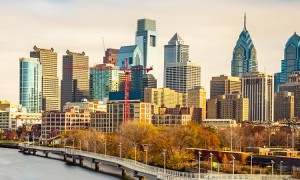 Everyone has a different idea of what makes a perfect Philadelphia day, but all agree that Philly has so much to offer, for so many different interests! History buffs, foodies, sports fans, comedy...
Elise Seyfried Dec 7, 2016
https://6nb29bly7g.execute-api.us-east-1.amazonaws.com/ProdStage