Theater in Philadelphia: Move Over, Broadway!

There is theater … and then there is theater in Philadelphia. Over the years, Philly has become a city of vibrant, original plays and exciting musicals, and a prime stop for national touring productions as well! Move over Broadway!

There is theater … and then there is theater in Philadelphia! Back in the day, Philly was a prime “tryout” town for New York bound plays and musicals. The Philly audience had a huge impact on the success or failure of Great White Way wannabe productions. The scene has changed over the years, but the quality of theater in Philadelphia and its suburbs has remained top-notch. Not only that, but more and more original material by Philly playwrights is in the spotlight!

Center City Philadelphia boasts the wonderful Avenue of the Arts. Stretching down Broad Street from City Hall, there are several major theaters, each with its own unique flavor. The Wilma Theater, founded by gifted Czech artists Blanka and Jiri Zizka, offers offbeat, challenging new works by writers here and abroad. The Merriam Theater, located down the street at the Kimmel Center, offers “Broadway Philadelphia,” national tours of shows currently running in New York (current offerings include Beautiful: The Carole King Musical). Other touring shows can be found at the nearby Forrest Theater. Another top destination for lovers of theater in Philadelphia is the Suzanne Roberts Theatre, home performing space of the renowned Philadelphia Theatre Company.

Venturing off the Avenue and heading to Old City, a must-stop for those who love theater in Philadelphia is Arden Theatre Company. The Arden is the site of many world premieres by Philadelphia playwrights, and offers a world-class theatre school for kids too! Other exciting city theater companies include the Pig Iron Theatre, the Lantern Theater Company (producing marvelous Shakespeare every season), and the great all original comedy theater company 1812 Productions.

Theater in the Suburbs

A short car or train ride from the city, there is an abundance of first-rate theater to enjoy. People’s Light and Theatre in Malvern, Act II Playhouse in Ambler, Bristol Riverside Theatre in Bristol, and Wilmington’s Candlelight Dinner Theatre, all shine. Even community theater in this region is superb, including the long-running Stagecrafters in Chestnut Hill, the Forge in Phoenixville, and the Players Club of Swarthmore.

So why pay a fortune to see a show in New York? Theater in Philadelphia provides all the excitement and high quality of Broadway — and, if you live here, you’re just a few minutes from home!

How to Make the Choice Between Two Homes
Opening Day: Baseball Springs Eternal 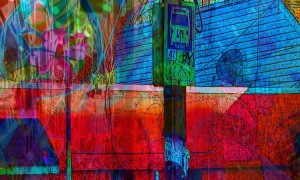 Music in Philadelphia — Hitting All the Right...

What is the sound of music in Philadelphia? Classical, jazz, R&B, hip hop, rock — the answer is as varied as the incredible Philly music scene itself. Philadelphia was home to many music...
Elise Seyfried Mar 24, 2016
https://6nb29bly7g.execute-api.us-east-1.amazonaws.com/ProdStage