Music in Philadelphia — Hitting All the Right Notes!

What is the sound of music in Philadelphia? Classical, jazz, R&B, hip hop, rock — the answer is as varied as the incredible Philly music scene itself. Philadelphia was home to many music legends; the tradition continues in Philly’s concert halls and clubs

What is the sound of music in Philadelphia? Well, if you are a classical music lover, it’s the “Philadelphia Sound” of the Orchestra, a lush and unmistakably smooth union of strings, brass, woodwinds, and percussion, made famous in the 1950s by legendary conductor Eugene Ormandy. Today, under the baton of Yannick Nezet-Seguin (in its glorious home, the cello-shaped Verizon Hall), the orchestral standard of excellence continues to draw patrons of all ages to a spectacular concert season each year. Other places to experience world-class classical in Philly? The Opera Company of Philadelphia and The Philadelphia Chamber Music Society are both tops — and of course, the free weekly student recitals at the world’s #1 music conservatory, The Curtis Institute, are Philly’s best-kept classical secret!

On a jazzier note, music in Philadelphia delights with performances by giants of jazz such as Philly’s own bassist Christian McBride. Best spots to swing to the beat include Chris’s Jazz Cafe, World Cafe Live, and the Philadelphia Clef Club of Jazz — but you really can’t go wrong at any of the numerous jazz venues in town. This is the home of the late, great Grover Washington, Jr., Billie Holiday, John Coltrane, Ethel Waters, and Dizzy Gillespie, after all — Philadelphian’s LOVE their jazz!

If soul/rhythm and blues is more your thing, Philly’s pedigree is solid gold. After Motown (Detroit), Philadelphia has traditionally been THE place for soul’s up and coming stars to hone their skills. Ever hear of Patti Labelle, Teddy Pendergrass, and Harold Melvin and the Blue Notes? Philly’s where they got their start! More recently, Philadelphia’s own Boyz II Men rocketed to fame. Nowadays, Warmdaddy’s (in South Philly) is a premier place to hear the R&B stars of today and tomorrow.

But music in Philadelphia doesn’t end there. The seminal rap/hip-hop band The Roots (currently the house band for The Tonight Show with Jimmy Fallon) is a source of great Philly pride. The Roots often comes home to perform at such events as the huge Fourth of July concert in front of the Art Museum. Another stellar rap group with “roots” in Philadelphia? How about DJ Jazzy Jeff and The Fresh Prince (the incomparable musician/actor Will Smith)? Currently, Rumor and XO Lounge in Center City, and Aura in Northern Liberties, are choice destinations to enjoy top DJ’s and rappers.

Finally, there is rock and roll. Here’s another music genre where Philly shines. Past Philadelphia rock and roll luminaries include Frankie Avalon, Jim Croce, Joan Jett and the famed duo Hall and Oates. Today’s rock bands to watch include Beach Slang, Cruisr, and Hop Along. And where to watch the rock stars of tomorrow? Alas, South Philly’s Legendary Dobbs (where Pearl Jam, Nirvana, and Green Day performed before hitting it big) just recently closed, but many choice spots remain, including Theatre of the Living Arts, and Fishtown’s Johnny Brenda’s.

To “rap” it all up, you couldn’t find a better place to enjoy all types of music than Philadelphia. And if Philly is playing YOUR song, why not live where you do your concertgoing, and become a fabulous Philadelphian?

Whether you like jazz or are looking to catch the next big act before they become famous, Philly's music scene has a lot of options. A few neighborhoods feature a concentration of music venues, both...
Amy Freeman Aug 19, 2013 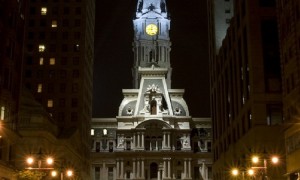 Activities in Philadelphia (People and Places...

Looking for activities in Philadelphia? Philly has so much that residents and visitors can be grateful for. Just for fun, here's an A to Z description of some people, places and things that make...
Elise Seyfried Dec 4, 2015 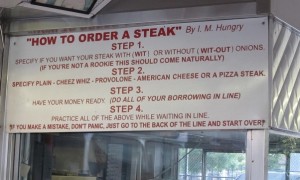 Traditionally, South Philadelphia has been the place to go for the best Philly cheesesteaks, but over the years, many great steak shops have popped up in adjacent Philadelphia neighborhoods, and even...
Adrienne Cohen Dec 17, 2013
https://6nb29bly7g.execute-api.us-east-1.amazonaws.com/ProdStage