We examine how the Trinity River Park project will change the Dallas landscape. Find out how real estate and development will be effected, and learn how infrastructure is also a part of the project and how access may affect its popularity.

The upcoming Trinity River Park project promises to restore, revitalize, and redesign about 10,000 acres of the often overlooked floodplain area associated with the Trinity River. Its grand scale — and developers’ correspondingly vast visions — promises to both literally and figuratively change the landscape of Dallas real estate.

In planning to create the biggest urban park in the nation, developers have put a special emphasis on transforming natural resources into attractions that are health-conscious, environmentally friendly, and inimitable. Recreational areas are to include walking trails, lakes, sports fields, nature centers, and similar spaces dedicated to outdoor fun. Though not yet complete, it’s expected to dwarf the visitor numbers of current large parks like White Rock Lake.

An Open Space Open for Business

Despite starting as an initiative to guard against floods and provide an ultra-green space for Dallas residents to live and play, developers have also recognized the new project’s potential to generate revenue. For that reason, the prospect of incorporating commercial establishments into the project has had a significant influence on plans. Mixed-use developments are already being designed that will merge lifestyle and commerce.

The revitalization of the Trinity River Park area is meant to operate in both form and function: Flood protection improvements and environmental revitalization will be met with attempts to make the area a haven for recreation and a hub of business. As a result, transportation plans, including a parkway spanning nine miles and potential connections to Dallas Area Rapid Transit (DART), will ensure that residents will be able to get to and from the area. These designs have an eye for reducing the congestion of current roadways with regular, high degrees of traffic, which may appeal to future residents of the area.

The potential for beautiful views and access to one-of-a-kind amenities have led to the construction of condominiums, townhouses, and office buildings around the project. Plans for communities extend well into 2050 and combine to include areas that have been classified as urban residential, multi-family, industrial, transit-oriented, and mixed use. In addition, the creation of sustainable communities is also being explored.

Effect on Downtown Dallas and Nearby Neighborhoods

Since Trinity River Park will likely be considered the city’s crowning, green jewel in the future, the project is expected to alter the Dallas real estate landscape and usher the city firmly into the 21st century. A main goal of the project is to direct attention back towards the city to bolster the local economy and community vitality. When the project has been completed, downtown Dallas and neighborhoods close to it may undergo a real estate renaissance and become host to hot properties, as residents look for homes that offer both proximity to downtown and this incredible urban park. 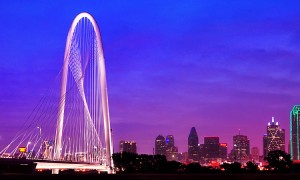 Located in the geographic center of the city, Downtown Dallas is undergoing an epic revitalization, making it a prime location to consider for apartment living. Here are some tips for finding the...
Charity Kountz Jun 16, 2014 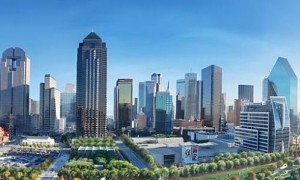 Over the past five years, the Dallas skyline has been expanding to become a breathtaking landscape. And there are many neighborhoods with beautiful skyline views, such as Victory Park, Uptown, Deep...
Laci Ortiz, Contributing Editor Jun 26, 2013 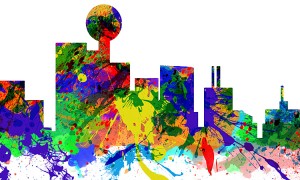 Find out how the real estate market in Victory Park has changed since its inception. Learn how the district has become more accessible to the average resident and welcomes tourists for the purposes...
S. Gonzales Oct 20, 2016
https://6nb29bly7g.execute-api.us-east-1.amazonaws.com/ProdStage