Whether you’re searching for a quaint and walkable downtown, a highly rated school district or a short commute into the city, you’ll easily find a Philadelphia suburb to call home. Here are just a few examples of the many award-winning suburban towns.

In addition to the many positive attributes found in the city of Philadelphia, the surrounding communities have also caught the attention of home buyers moving into the area. Whether you’re searching for a quaint and walkable downtown, a highly rated school district, or a short commute into the city, you’ll easily find a Philadelphia suburb to call home. Here are just a few examples of the many award-winning suburban towns.

Bensalem: Nationally Recognized as a Best Place to Live

Bensalem is an award-winning suburb in Lower Bucks County, bordering the northeast section of Philadelphia. State and community parks, the Parx casino and racetrack, and plenty of dining options are all found in Bensalem. The town also hosts a summer concert series at the TD Bank Amphitheater. With a median home price of $205,000, Bensalem presents many affordable options for buyers looking for a community mixing both the city and suburban lifestyles.

Exton is included on two of Coldwell Banker’s “best towns” lists — for both suburbanites and social seekers. Between 2000 and 2010, the area saw population growth of roughly 15 percent. The Exton Square Mall, along with a multitude of other shopping and dining options, make this town a vibrant hub of Chester County. Exton demonstrates many of the attributes sought by suburbanite and social seekers, including entertainment options and diverse choices in home types, from smaller condos up through estate homes.

The Main Line: The Area’s Most Affluent Towns

According to the Philadelphia Business Journal, Villanova, Pennsylvania, remains the most affluent zip code in the region. Nearby Gladwyne was also named one of Money Magazine’s top-earning zip codes. Villanova and Gladwyne are just two of many towns along the “Main Line,” located in the western suburbs along Lancaster Avenue (Route 30). Main Line towns contain top-ranked school districts, excellent shopping and dining options and many elegant homes. Several universities are also located in this section of the suburbs, as well as elite private schools.

Doylestown: A Town with Quirk

Doylestown recently made Travel and Leisure‘s list of America’s Quirkiest Towns. The county seat of Bucks County is in the midst of constructing a new courthouse in the center of a historic district lined with restaurants, small businesses, and shops. Walking through the downtown borough, you’ll notice an impressive display of Gothic and Victorian homes, while further out from the center of town are many newer housing developments. The town is also home to a castle and a national shrine. Nearby Peace Valley Park is home to hiking trails, a nature center, and Lake Galena. But Philly commuters beware — Doylestown is the last stop on the SEPTA Regional Rail line, and train rides into the city can take over an hour.

Phoenixville: Ranked Among the Best Towns for Young Families

According to Nerdwallet.com, the town of Phoenixville in Chester County is a great place for young families. Based on an analysis of school district rankings, home affordability, and growth in average household income, Phoenixville was viewed as a great area for young families with many seasonal festivals, a Halloween parade and a monthly “family night out” with kid-friendly activities. Like many other Philadelphia suburbs, Phoenixville also has a walkable downtown and a nationally designated historic district, including the former Phoenix Iron Works.

The towns mentioned above are just a few of the many thriving suburbs close to Philadelphia. If you choose to explore the nearby small towns, don’t forget that not every Philadelphia suburb is found in Pennsylvania — New Jersey is another convenient option for those working in Center City.

Thanksgiving Dinner to Go: A Guide for Philadelphia's Non-Cooks
Most Affluent Philadelphia Neighborhoods: Mansions and More 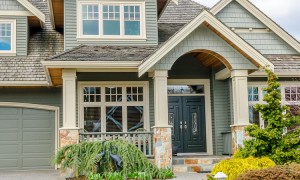 Philadelphia suburbs abound in history, charm, and fun things to do. Here are four local gems, each with its own distinctive flavor, each a short distance from center city: Yardley, Ambler,...
Elise Seyfried Oct 17, 2016 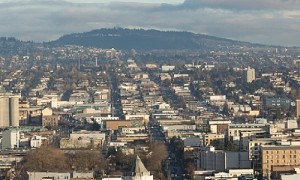 Work in Delaware While Living in Philly

Plenty of people choose to work in Delaware while living in the Philadelphia area. There is more to do and see in the city.This article discusses a few areas in and around Philadelphia that are...
Louise Gaillard Jul 24, 2013
https://6nb29bly7g.execute-api.us-east-1.amazonaws.com/ProdStage