Why Mt. Airy, Philadelphia Might Be the Perfect Neighborhood

Philly has a lot of neighborhoods. Some definitely have more to offer in terms of amenities, though. If you’re looking for a great place in Philadelphia to call home, there are a number of reasons why Mt. Airy might be perfect.

Tucked away in the northwestern section of the city, Mt. Airy, Philadelphia rests between Chestnut Hill and Germantown. Although the neighborhood feels more far-flung from Center City than areas such as South Philly or West Philly, it is actually well connected to the rest of town. If you’re looking for a new neighborhood that’s welcoming and that has a lot to offer, find out why CNN Money called Mt. Airy, Philadelphia one of the best big city neighborhoods in 2013.

Mt. Airy is so full of parks and wooded areas, it is easy to forget that you are actually living in a city when you live there. The neighborhood is smack dab in the middle of the Wissahickon section of Fairmount Park, which is the largest section of Philly’s largest park. You can take the family for a hike or bike ride along Forbidden Drive, which is closed to car travel. You can head into Carpenter’s Woods, the area’s first bird sanctuary, to watch both resident and migrating bird populations. The Woods are also home to a variety of wildlife, including butterflies and toads.

If you or other members of your household are interested in horses, Monastery Stables is located in the neighborhood. It is home to the Philadelphia Saddle Club, a membership organization that cares for five horses. The stables also board horses and offers riding lessons.

It Has Lots of Arts

Mt. Airy is pretty artistic and has several art galleries and artist co-ops. On the last Friday of the month, local art galleries participate in Finally Friday, a twist on First Fridays. The galleries stay open later into the evening, giving residents and visitors a chance to check out art created by local and national artists.

The neighborhood is also full of live performance options. The Quintessence Theatre Group regularly produces classic plays at the Sedgwick Theater, an old movie theater on Germantown Avenue. Germantown is the arterial street that runs through Mt. Airy, dividing it into east and west. Over in Fairmount Park, Allens Lane Theater puts on several contemporary and classical plays each year. Located in Allens Lane Art Center, the organization also offers acting, dance, and visual art classes for children and adults.

The Commute Isn’t that Bad

Sure, Mt. Airy is several miles away from Center City, which means a longer commute if you work in the middle of downtown Philly. But really, the commute isn’t that bad. Two of SEPTA’s Regional Rail lines run through the neighborhood, stopping at a total of eight stations, four on the east side and four on the west side. Since the neighborhood is close to I-76, it’s easy to drive down into town or to head out to the suburbs.

Mt. Airy is home to a number of elementary and secondary schools, including public, private, and charter schools. Public elementary and middle schools in the area include Eleanor C. Emlen School, Charles W. Henry School, and Henry H. Houston School. The public high school in the neighborhood is Germantown High School. Charter schools include Wissahickon Charter, which is for students in kindergarten through eighth grade. Private schools include Germantown Friends, the Waldorf School of Philadelphia, and Greene Street Friends.

If you’re interested in being in the city, but also want to be close to nature, or if you want a small town feel in the big city, check out homes in Mt. Airy and consider moving there today. 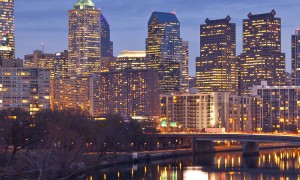 West Philadelphia might have been home to the Fresh Prince. But it's much more than that, it's an area that's seen many changes and growth in recent years. Get to know the part of the Philly that...
Amy Freeman Dec 22, 2016 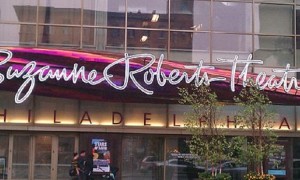 Theater in Philadelphia: Move Over, Broadway!

There is theater ... and then there is theater in Philadelphia. Over the years, Philly has become a city of vibrant, original plays and exciting musicals, and a prime stop for national touring...
Elise Seyfried Apr 4, 2016
https://6nb29bly7g.execute-api.us-east-1.amazonaws.com/ProdStage