West Philadelphia might have been home to the Fresh Prince. But it’s much more than that, it’s an area that’s seen many changes and growth in recent years. Get to know the part of the Philly that lies on the western side of the Schuylkill River.

West Philadelphia is a big place. It consists of more than 14 square miles, stretching from the western side of the Schuylkill River to City Line Avenue and Cobb’s Creek. The eastern part of West Philly is often called University City, but long-time West Philadelphians often take umbrage at the name. The area includes other neighborhoods such as Spruce Hill, Powelton Village, Mantua, and Overbrook.

Like the rest of Philly, West Philadelphia is evolving. Take a closer look at what’s happening in the neighborhood and see what it’s like to call West Philly home.

Buy a Home in West Philly

The average price for a home in West Philly varies greatly based on the part of the area you’re looking to buy in. The style of home also varies from area to area. In Overbrook, for example, the average listing price for a home is $124,886. Homes in the neighborhood tend to be rowhouses with small front yards and porches and around two or three bedrooms.

Meanwhile, in Spruce Hill, the average listing price for a home is $414,753. Houses in the area tend to be on the large side, with five or six bedrooms. Although they are still attached homes, most are twins, rather than rowhouses.

Homes in Cobbs Creek, on the southwestern side of West Philly, have an average listing price of $106,459. Housing options include two- and three-bedroom rowhomes as well as four- and five-bedroom twins.

While there are plenty of older homes to be found in West Philly, the area, particularly University City, is a hotbed for new construction. According to the 2016 State of University City report, the number of planned multi-family housing projects has increased by four since 2013. Among those new housing projects is 4224 Baltimore Avenue, located across from Clark Park. The project received approval from the zoning board in 2015 and is expected to begin construction soon.

Getting Around West Philly

There are a lot of ways to get to and from and around West Philly, some old and some new. One of the more recent developments in the area was the reopening of the 41st Street Bridge, which had been closed for construction for more than 20 years. Writing in the Philadelphia Inquirer, architecture critic Inga Saffron describes the reopening of the bridge as suturing two parts of West Philly back together.

New bridge aside, there are other options for getting around West Philly. The Market-Frankford elevated line runs east and west through the area, stopping every few blocks along Market Street. A number of surface trolleys travel north and south through the neighborhoods as well.

New developments are planned for public transit in West Philly. One project of note is the Trolley Portal Gardens, which would transform the area around the 40th Street trolley stop into a comfortable, usable public space and restaurant. The groundbreaking for the project took place in December of 2016, and the goal is to have it completed by the end of 2017.

No matter what section of West Philly you find yourself in, there’s likely to be something to enjoy. Over in Cobbs Creek, there’s Cobbs Creek Park, which has miles of trails for walking or biking on. In Spruce Hill, there’s Baltimore Avenue, which has lots of restaurants, shops, and a small theater company. Up in Powelton Village, there’s Drexel Park, a small green square perfect for picnics.

It’s worth the trip over the river to get to know West Philadelphia and all it has to offer. There’s a lot going on over here. 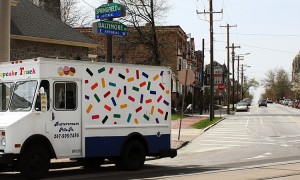 Why You Should Move to Spruce Hill

If you're in the market for a new home or apartment in Philadelphia, making the move across the river might be worth it. From excellent transit options to recreational activities galore, here are...
Amy Freeman Jul 30, 2014 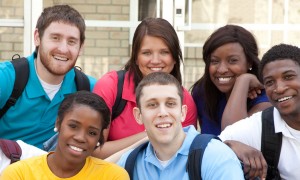 Are you an aspiring college student looking at schools in Philadelphia? Philly's a bustling college city, with plenty of higher education institutions to choose from. Here's a rundown of a few Philly...
Amy Freeman Apr 22, 2016
https://6nb29bly7g.execute-api.us-east-1.amazonaws.com/ProdStage