And the Winner of the 1st Ever #HomeRocks Award Is…

In anticipation of the upcoming GRAMMY Awards, we are excited to announce that “Take Me Home” by Midnight Red is the winner of the first ever #HomeRocks Award after receiving overwhelming support from fans and over 72,000 votes! In anticipation of the upcoming GRAMMY Awards, we are excited to announce that “Take Me Home” by Midnight Red is the winner of the first ever #HomeRocks Award after receiving overwhelming support from fans and over 72,000 votes!

All of the songs nominated for the #HomeRocks Award were released in 2013, represented a theme related to how we feel about home and contained the word “home” in the title. We are overwhelmed with the response to this inaugural contest as we received over 130,000 votes this past week and plenty of heated debates in the comments section. It’s evident that music plays a big role in lots of people’s homes as fans of all the artists expressed their support in both the comments and on social media using the #HomeRocks hashtag.

This morning my esteemed colleagues, Lindsay Listanski & Gustavo Gonzalez, are meeting with Midnight Red to present them with a surprise gift to honor them on winning the #HomeRocks contest. Pics and vids are sure to come a bit later.

Don’t miss the debut of the new Coldwell Banker Real Estate ad as it debuts on the Grammys on Sunday night, 1/26 on CBS.

About the #HomeRocks Award: The winner of the #HomeRocks Award was selected by a vote that was open to the public on the Blue Matter blog from January 13 to January 21. Intended to generate excitement through social media for Coldwell Banker’s new commercial airing during the GRAMMYs, the #HomeRocks Award celebrates new music from 2013 and demonstrates the many ways that feelings about home can be celebrated through music.

Here is the video of Midnight Red accepting their award:

Stardom Starts at Home for These Cutie Pies
Slideshow: 5 Homes Fit for "Royals"

Vote in the 1st Ever Coldwell Banker #HomeRocks...

Home and music. Music and home. The two certainly go together. Outside of love, my best guess is that more songs are written about home than anything else. There is something special about coming...
Carla Hayes Jan 13, 2014

The energy behind the Coldwell Banker #HomeRocks Awards is running high and we're keeping the fun going by highlighting another nominee for best song about home in 2013 - "Almost Home," by none...
Lindsay Listanski Jan 15, 2014 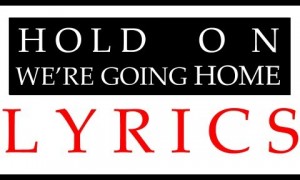