Best Songs About Home in 2013: Hold On, We’re Going Home by Drake

Our next nominee in the inaugural Coldwell Banker #HomeRocks Awards is Rapper/Singer/Actor and Toronto Raptors employee Drake – for his Michael Jackson-esque song “Hold, We’re Going Home”.

On Monday we formally announced the 6 nominations for the first ever Coldwell Banker #HomeRocks Awards where we pay homage to the best songs about home over the last year. While we think ‘songs about home’ deserves its own Grammy category, we’re glad that we were able to open up voting to the masses; and with over 40,000 votes cast in less than 5 days the competition is fierce!

Our next nominee in the inaugural Coldwell Banker #HomeRocks Awards is Rapper/Singer/Actor and Toronto Raptors employee Drake – for his Michael Jackson-esque song “Hold On, We’re Going Home”. Named the best song of 2013 by the highly respected Pitchfork Media, “Hold On, We’re Going Home” is a smooth minimalist track that speaks to a yearning to return home. For Aubrey Graham (Drake), home is the only place where he can truly let loose, nurture those deep childhood connections and truly be himself.

As one of music’s undoubted most successful acts with the most top 10 songs to chart in 2013, Drake is always away from his native Toronto to promote his music and perform for his millions of fans. While he has “condos in Biscayne” and in California, he wears his hometown of Toronto on his sleeve. His love for “home” extends so far that in the midst of his burgeoning career he accepted a position with the Toronto Raptors as their Global Ambassador.

I go a lot of places. I dedicate a lot of my time and energy obviously to my craft and in everything I do I try to channel this city. I love this city more than anything in the world. I have the option to live anywhere I want, I always end up coming back home…no matter what.

We love “Hold On, We’re Going Home” a lot, and that feeling Drake captures about the elation we feel at the thought of being back home is perfectly captured in our :60 second new commercial that will premiere on the Grammys!

If you’d like Drake to take the award home, cast your vote below in the Coldwell Banker #HomeRocks Awards by clicking here and find out who the winner is on Thursday, January, 23rd.

The energy behind the Coldwell Banker #HomeRocks Awards is running high and we're keeping the fun going by highlighting another nominee for best song about home in 2013 - "Almost Home," by none...
Lindsay Listanski Jan 15, 2014 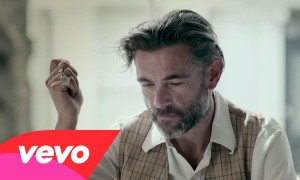 Continuing in our series of posts highlighting songs nominated for the first ever Coldwell Banker #HomeRocks Awards brings us to Home Again by Sir Elton John.
David Marine Jan 17, 2014 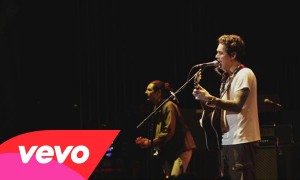 Yesterday, we announced the first ever Coldwell Banker #HomeRocks Awards where we are highlighting the best songs about home over the course of the last year. Today kicks off the first of a series of...
David Marine Jan 14, 2014
https://6nb29bly7g.execute-api.us-east-1.amazonaws.com/ProdStage