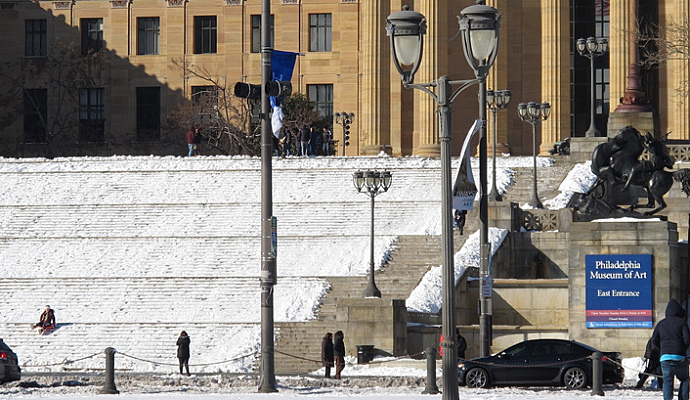 Winter Fun in Philly: Where to Go Sledding

Although it’s not a city known for its hills, Philadelphia has some great spots for sledding and winter fun activities. Sledding hills are located throughout the city, so you’ll find one near your home the next time a snowstorm hits.

Philadelphia is no stranger to snow, and most winters come with ample opportunities for people to hit the local hills for a day of sledding. Enjoy some winter fun in Philly by checking out at least one of these sledding hills.

In the warmer months, people like to run up the steps at the front of the Philadelphia Museum of Art, pretending to be Rocky. On snowy winter days, though, the preferred activity is sledding down the steps. If you decide to enjoy some winter fun on the museum steps during the next snow storm, remember to be careful. Unlike most sledding hills, you won’t find grass and mud under the snow, but concrete. Only sled if there’s an ample amount of snow cover on the ground. Use a plastic sled or saucer, rather than a sled with metal runners, to avoid scraping the metal blades on the concrete.

The museum’s steps let out onto a busy street. If the roads have been cleared and traffic has resumed, it’s probably a good idea to avoid this spot and head elsewhere instead.

The Bowl at Clark Park

In the center of Clark Park in West Philadelphia is a large bowl that used to be a pond. Today, it’s home to theatrical performances in the summer and plenty of sledding in the winter. The hills around the bowl aren’t too high or too steep, so it’s an ideal spot for beginner-sledders or those who might be afraid to go down more intense hills.

It’s mentioned in the Will Smith song “Summertime” as being the place to go when the weather is warm. But Belmont Plateau in Fairmount Park is also a great sledding destination, with one of the best views of the city skyline. Before you plunge down the hill on your sled, take a minute to gaze out on the skyline. The plateau is pretty steep and high, so it’s not a sledding hill for the faint of heart.

Also located in Fairmount Park, Lemon Hill is the site of a neoclassical mansion that once featured a grove of lemon trees. The mansion rests on top of a steep hill in a rather hilly area, meaning there’s plenty of options for sledders of all experience levels.

Over in the Northeast section of the city, the Ryerss Museum and Library sits on top of a big hill in Burholme Park. The hill has been a popular sledding spot for years and tends to get pretty crowded after a snowstorm.

The sledding destination of choice for people in Mount Airy is Thomas Mansion at Blue Bell Hill, nicknamed “Tommy’s Hill.” The hill is a not-very-closely guarded secret in the neighborhood. It’s long but not very steep, and it’s ideal for all sledders.

Sometimes, the city gets less snow than the suburban areas around it. If that’s the case and you feel the need to sled, try checking out the hills in some nearby state parks. Ridley Creek State Park, in nearby Delaware County, has a decent hill next to the park’s office. Fort Washington State Park has a 400-foot sledding hill next to parking lot 5 of the Militia Hill Day Use Area. Both parks are less than an hour’s drive from the city.

Remember to bundle up before heading out sledding. For extra protection, you might consider wearing a helmet, especially if you’re headed down the Belmont Plateau or the Art Museum steps. 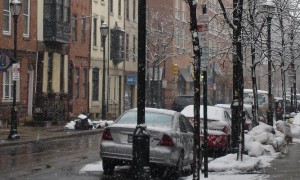 Renovating your home during the cold, snowy months of winter might not make much sense for some projects. But, if you manage expectations and choose your projects wisely, you'll find that you get the...
Amy Freeman Jan 9, 2014 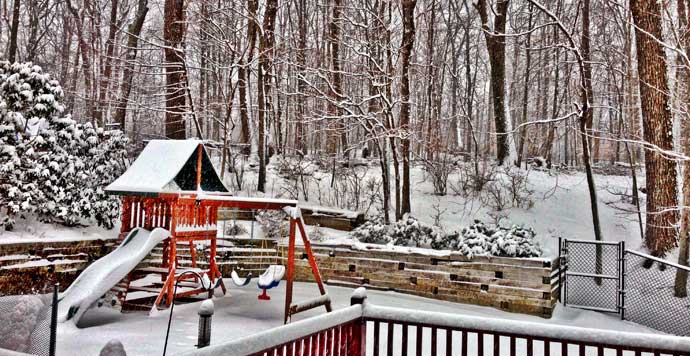 8 Things Your Home Needs to Survive the Winter...

Today the Northeast is getting piled on yet again with another snowstorm. While those who call LA home have no idea what I'm speaking about, many of us have experienced the wrath of the Winter Vortex...
David Marine Feb 3, 2014
https://6nb29bly7g.execute-api.us-east-1.amazonaws.com/ProdStage