2016 Is the Year Smart Home Technology Will Be Mainstream

In advance of CES 2016, Coldwell Banker Real Estate released the results of its Smart Home Marketplace Survey, which found that the “smart home” is going mainstream faster than many originally thought.

Smart home technology is being adopted at a rapid pace – one that is faster than many people originally thought, according to a new survey from Coldwell Banker Real Estate.

The Smart Home Marketplace Survey, released just in time for CES 2016, polled more than 4,000 Americans and found that almost half either own smart home technology or plan to invest in it in 2016. This is significantly sooner than 2020, which has long been a benchmark for when the “smart home” will be mainstream.

The survey also found that 54 percent of homeowners would purchase or install smart home products if they were selling their home and knew that doing so would make it sell faster. Of that group, 65 percent would pay $1,500 or more.

If you happen to be attending CES this week in Las Vegas, you won’t miss Coldwell Banker. The brand is co-sponsoring the Smart Home Marketplace and hosting a CES conference session, titled “Selling Smarter: Real Estate and The Smart Home.” Also, Coldwell Banker will have a booth at Sands (Level 2, #71331), which will offer a 360-degree video tour of the home of New York Knicks legend Patrick Ewing, as well as a content hub, live-broadcasting to the brand’s YouTube channel and other social media channels, sharing home-related insights with the hashtag #CESCB.

You can check out additional Smart Home Marketplace Survey findings here, and to follow along with Coldwell Banker at CES, visit ces.coldwellbanker.com. 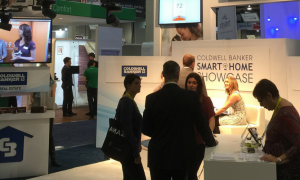 Why Every Real Estate Company Should Be at CES...

Smart home tech is not the future of real estate. It's a present reality.
David Marine Dec 27, 2016 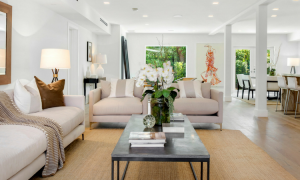 What Agents Want You to Know About Smart Homes