5 Philadelphia Foods You Need to Try (That Aren’t Cheesesteak)

Philly is so much more than cheesesteak. If you’ve had your fill of cheesesteak (or just don’t like it to begin with), there are still lots of iconic Philly foods worth trying. Switch to a roast pork sandwich or enjoy something sweet, such as a donut.

By now, you’ve heard all about cheesesteaks and know where to go to get the best one. But Philadelphia cuisine has so much more to offer than just cheesesteak. If you’re in a cheesesteak rut or are just looking to try something new, check out some or all of these iconic Philadelphia foods.

One of the most popular places to get a roast pork sandwich in the city is at John’s Roast Pork, in South Philly. Other popular spots for it include Paesano’s, High Street on Market, and Tony Luke’s.

There are two types of tomato pie out there and most people who aren’t from Philly just don’t get the type that’s available here. Essentially a cheese-free, square pizza with a thick crust, you’ll find Philly-style tomato pie at classic Italian bakeries and pizzerias throughout the city. Francoluigi’s, on 13th Street in South Philly, sells it, as does Sarcone’s Bakery on 9th Street and Iannelli’s Bakery on East Passyunk.

Which one is the best representation of Philadelphia foods? You’ll just have to try them all and see for yourself.

Don’t confuse gelati, a South Philly delicacy made by mixing ice cream with water ice (another Philly specialty) with gelato, the frozen custard from Italy. Although you’ll find gelati on offer at chains such as Rita’s Italian Ice, Italiano’s, a small water ice shop, operating out of a Philly rowhome, claims credit for its creation. Italiano’s is located way down in South Philly, and is only open during the summer. It’s worth the trek to try the original version of Philly gelati.

Head to Reading Terminal Market on a Saturday and you’ll find a line snaking around the corner in front of Beiler’s Donuts and Salads. If you know anything about Philly, you know that people aren’t lining up for the salads. They are there for the donuts. Open Tuesdays through Saturdays only, the Pennsylvania Dutch bakery offers donuts with creative flavors such as Caramel Apple and Elvis Delight, as well as your standard glazed and powdered varieties. Go on a weekday and enjoy a shorter line.

Butter Krak eggs might have a funny name, but they also have a devoted following. Only available around Easter time, the chocolate coated eggs feature a mix of coconut and butter cream inside. Some people find them to be too sweet, but those who love them, really love them.

The candy’s limited availability might be part of what gives it its cult-like following. It’s only available from around mid-February through Easter each year, since it’s too hot to make the candy in the summer months. For years, it was only available at a few stores in Pennsylvania, but recently expanded its reach and is now sold across the U.S.

If you’ve recently bought a home in Philly or are thinking of it, get to know some of the area’s more popular foods. Some options might seem weird at first, but they’ll likely grow on you the longer you live here. 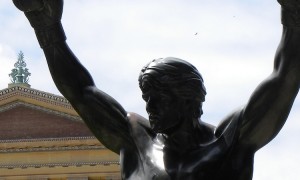 When you become a new homeowner, one of the major perks is having a comfortable and private place to entertain your loved ones. Here are a few entertaining ideas inspired by the city of Philadelphia...
Louise Gaillard Feb 22, 2016 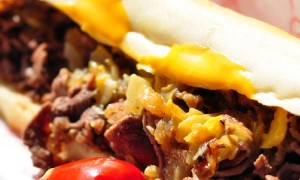 Food Glorious Food in Philadelphia: Buy at the...

Food in Philadelphia is as varied as it is delicious. Best of all, you can find scrumptious treats with a unique Philly flavor in area restaurants and bakeries, or you can skip the trip and make them...
Elise Seyfried Feb 4, 2016 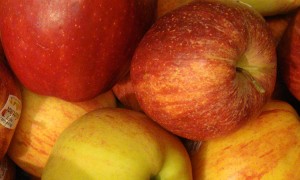 The best apple pie you will ever try isn't even round. Trust me. You'll want to try this.
David Marine Nov 4, 2013
https://6nb29bly7g.execute-api.us-east-1.amazonaws.com/ProdStage