When renovating, it’s important to consider resale value. Here are five top home improvements with the highest return on investment according to Renovation Magazine, and where in the country to implement them for the biggest resale boost.

Whether you’re renovating to sell, or plan on enjoying the results for years to come, you may want to consider which upgrades will give you the greatest return in terms of resale value — which may change depending on where you live. Here are five top home improvements with the highest return on investment according to Renovation Magazine, and where in the country to implement them for the biggest resale boost.

While arguably not the most exciting upgrade on the list, boosting the R-value in your attic through some extra insulation has the potential for a huge return — earning back on average 117 percent of the cost to install across the nation — and who wouldn’t want to be up money at the end of the day?

Attic insulation plays a huge role in your home, from preventing ice dams in the winter to keeping your home cooler in the summer, which is why it can garner up to a whopping 144 percent return in very hot or cold climates (think New England or the Gulf Coast). But, no matter where you live, if you’re looking for a renovation that will impact your comfort and resale value, this is the one.

Since first impressions are so important in real estate, it’s no surprise that three of the top five renovations on the list have to do with ramping up the curb appeal of your house. Manufactured stone veneer is generally used to replace the bottom third of siding on a home’s exterior to provide an earthy, modern touch. Though it is a good bet no matter where you are, with a 93 percent return on average, homeowners right up the Pacific Coast could make back more than the cost of the renovation come selling time.

Whether you’re going for a traditional, carriage house feel, or sleek and modern, a new garage door is a fantastic upgrade, which will garner a nearly 92 percent return on investment nationwide. There is really no area of the country where a new garage door is an ill-advised renovation; however, homes in colder climates would benefit from an insulated door, versus their Southern counterparts. Upgrading your front door is one of the fastest ways to increase curb appeal and create an inviting entrance to your home. It’s also a great investment with an average return of 91 percent. If your home is already equipped with a steel entry door, consider new hardware and a fresh coat of paint to create a budget-conscious version that will create similar results.

If you were wondering when we’d get to what is widely considered the most important room in the house, you’ll be happy to know that spending money on a minor kitchen remodel will actually produce a bigger return than a major overhaul, with an average return of 83 percent versus only 65 percent for a major upgrade. What’s more, if you live in the Pacific, or South Atlantic regions of the country, you will earn even more for your kitchen reno — up to 103 percent in fact, which will help you enjoy the fruits of your labor even more. Keep in mind, that a minor kitchen remodel is defined as using the existing cabinets, but replacing cabinet fronts and facings, hardware, appliances, sink, and floors. Regardless what you choose, keeping an eye on resale when you renovate, even if you don’t plan on moving, will protect your home as the largest investment you will likely ever make — and ensure that the payback for these top home improvements is there for you when you need it.

Home Theater Design: A Room With a View
4 Day Trips from Philadelphia (No Car Needed)

Everything You Need to Know About Buying a New...

Replacing your garage door is one of the best value investments you can make to your home.
Lindsay Listanski Mar 22, 2016 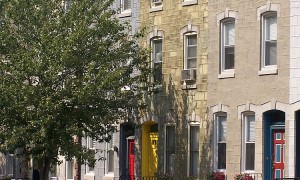 One big benefit of living in a Philly rowhouse is that your home is insulated on two sides by other properties. But, that still leaves the front and back of your house, as well as the roof, open to...
Amy Freeman Jan 7, 2015 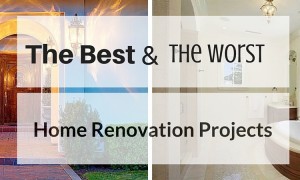 7 Best and Worst Home Renovations in 2016

As it turns out, renovations aren’t always the answer.
Lindsay Listanski Feb 9, 2016
https://6nb29bly7g.execute-api.us-east-1.amazonaws.com/ProdStage