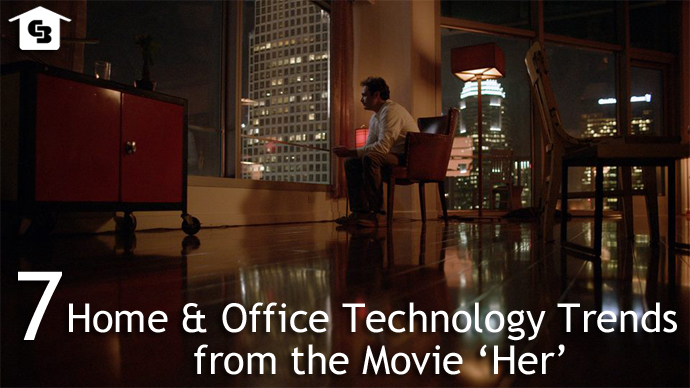 7 Home and Office Technology Trends from the Movie ‘Her’

Take a look at 7 interesting home and office technology trends from the Academy Award nominated film, ‘Her’

With multiple award show wins to its credit and 5 Oscar nominations, the upstart film of the 2014 awards season is Spike Jonze’s ‘Her‘ – a rather unconventional love story set in Los Angeles in the “near future”.

Besides the unconventional romance between Joaquin Phoenix’s character and a highly sophisticated new operating system named Samantha, the film is being lauded for the fully formed vision it creates for our world in 20-30 years.

With the technological advancements and the impact its having on our lives already, the filmmakers could have constructed an overly advanced imaginary future with impersonal shiny gadgets and gizmos. In lieu of creating a world in the “science-future”, Jonze and his team imagine a more accessible and warm world set in the “science-present”; where technology has significantly improved our lives but not taken them over.

With all that being said, things sure do change in “Her’s” near future, and some things miraculously remain pretty much the same. Here’s a look at some of the more interesting pieces of new home and office technology trends from the Oscar nominated film, ‘Her’. The focal point of ‘Her’ is the relationship a down in the dumps (and soon to be divorced) man conjures up with a newly released Operating System named Samantha. As opposed to the clumsy interactions we may have with Siri, these new operating systems have what seems to be highly human consciousnesses. These computers have free will, call you when they want to talk, have a yearning to “see the world”, evolve and even have the ability to build deeply emotional bonds with human beings and other operating systems. In addition to developing romantic relationships, these new artificially intelligent computers can read you your email, write email on your behalf without your knowledge, go on dates with you and even do your office work on your behalf. In Spike Jonze’s near future, we still use hand motions and gestures to play games, but the games have gone from the TV screen to being projected as holograms that can take up an entire room. Imagine playing a hologram version of NBA 2K that takes up your whole living room!? In addition to videos games being holograms, they too seem to have developed an independent mind, as game characters react in real time to stimuli in the gamer’s room. It’s 2014 and I already have to struggle to remember the last time I used a pen. This trend gets taken to the next level in 30 or so years as keyboards seem to join pens and pencils in the “we don’t need or use them anymore” bin. Voice activated technology in ‘Her’ seems to have completely done away with keyboards; saving thousands from carpel tunnel. It is interesting to note that while keyboards no longer seem to exist, desktop computing survived the early part of the 21st century. In one of the more interesting parts of the movies’ interpretation of the future, snail mail and the need to physically check and open it seems to still be a thing! One would think that with technology’s ability to deliver every and anything you need to see or read digitally, that we’d navigate away from it, but that’s not the case. This seems to illuminate the fact that despite tech advancements, humans still long for that special feeling you get from touching and feeling something. In fact, Joaquin Phoenix’s character’s whole job is to dictate computer generated hand-written letters to people on behalf of others. For a while there, technological advancement seemed to be shrinking our devices to the point where it was hard to even know if we’re holding them. In a trend that I have begun to notice even today (some phones are beginning to look so big they remind me of those Zach Morris phones!), the home, office and personal devices don’t seem to be overly sleek or slender. On the contrary, they seem to have a bulky retro look to them, as exemplified by the flip phone that Joaquin carries with him throughout the film. Computer screens seemed to maxed out at around 32 inches and televisions have gone hologram or stayed pretty much the same size as they are today. The design trend making waves in 2014 is minimalist inspired and offers up clean lines and wide open spaces. In the near future this trend seems to have survived and even thrived. There aren’t a whole lot of pieces of furniture in these homes but  the furniture the characters do have seem to be carefully chosen and  expertly constructed. What results are breathable spaces but with warm signature pieces. If you enjoy your quiet commutes to work in your own vehicle, then maybe you wouldn’t be so happy with Spike Jonze’s future. It seems as if almost everyone walks on elevated walk-ways  or rides public transportation systems to work. It’s probably great for the environment but might lengthen the commute to the office in the mornings. The lack of vehicles means newly constructed homes don’t come with garages anymore and a more urban way of life takes a stronger hold. It’s also interesting to note that tele-commuting didn’t seem to stick!

Well there are many more interesting observations to be had from the movie ‘Her’, overall I appreciate the careful balance the film takes with imagining the 360 degree impact technology will have on our lives as it and we continue to evolve. The “near future” seems less cold and “Star Trekky” and pretty warm and human.. Think California on a nice Spring day. If you happened to see the film, what are some of your favorite pieces of technology from it?

While we launched our “Home Sweet Home” ad on the Grammys a few short weeks ago, we’ll be debuting our second ad of 2014 on the Academy  Awards on Sunday, March 2nd. Be sure to tune in! 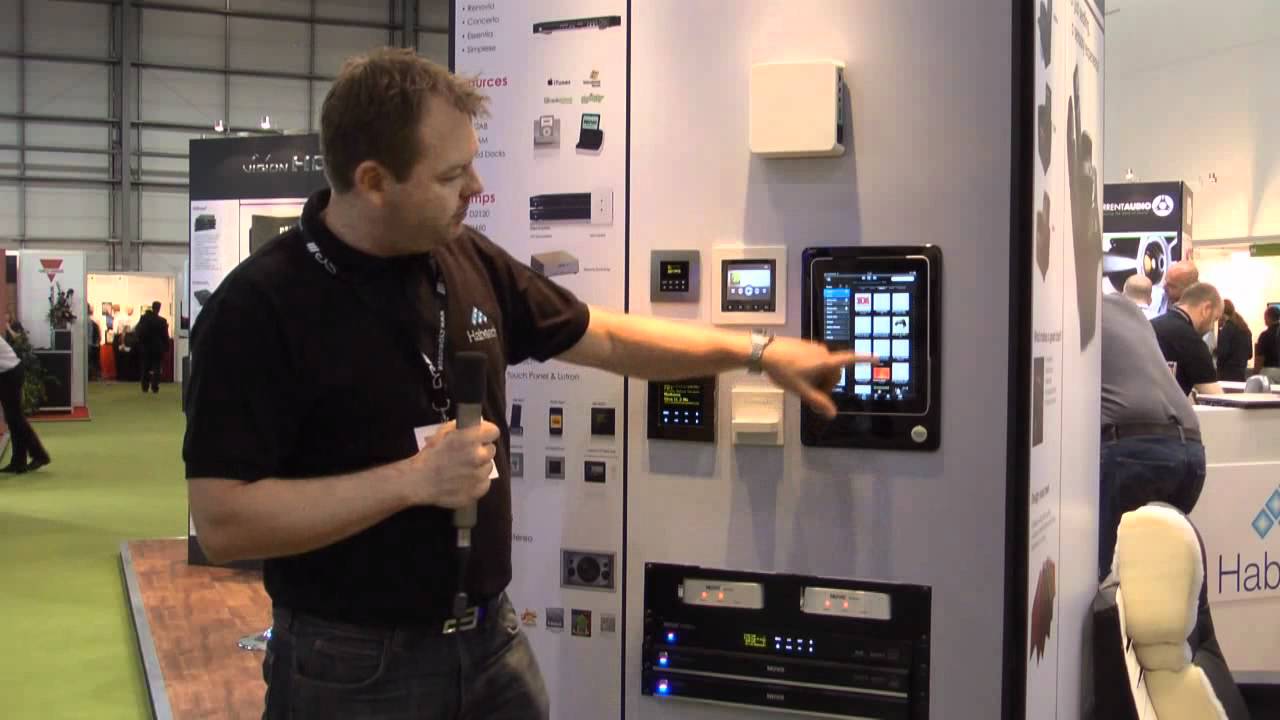 The Future of Home Technology

Over the years Hollywood has produced some great visions of what the house of the future will be. From The Jetson's computerized home to the talking, interactive house on SyFy's Eureka to the living...
David Marine Aug 18, 2011

A smart home is so much more than cool gadgets and shiny gizmos.
Lindsay Listanski Mar 10, 2015
https://6nb29bly7g.execute-api.us-east-1.amazonaws.com/ProdStage