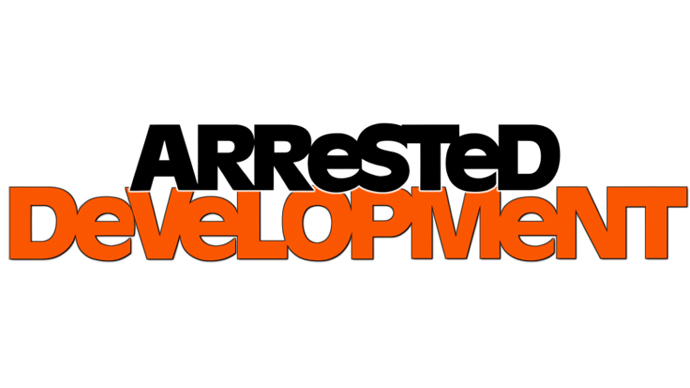 To the delight of its cult followers, Arrested Development returned to the world (on Netflix) with an all new 4th Season of episodes after being unceremoniously cancelled by Fox in 2006. The groundbreaking and critically acclaimed show’s return was greeted with a warm reception and a Primetime Emmy nomination for Outstanding Lead Actor in a Comedy Series.

To the uninitiated, the fictional Bluth family from the TV series live in a model home in the “Sudden Valley Subdivision built and owned by the Bluth Company.” The running gag on the show is the outwardly beautiful home at the start of the series begins to rapidly deteriorate thanks in-part to questionable and shoddy construction and ethics.

As a current first-time home shopper, I can only imagine how annoyed I’d be at buying a nice looking home, only to have its walls crumble around me bit by bit! But the fact that the Bluth family live in the faulty home they built and tried to sell makes it pretty ironic and funny.

Although the cracking walls and foundation issues are of their of their own doing, let’s take a tour through the Bluth home to see what home repairs can be made to make it livable once again.

The Bluth Home – Looks are deceiving By all outward appearances this home is symbolic of the kind of place we all want to own one day. The first floor features a large open kitchen and dining area, cozy living room and an upstairs with 3 bedrooms with their own ensuite baths! However, as you’ll see below, there are several structural issues with this property that would need immediate remediation to make it livable…and safe. If you’re into that ‘sorta thing. I’m no contractor or home inspector but it appears as if this house is falling apart; not metaphorically either. The structural damage isn’t limited to the cracking interior walls as the exterior shows alarming signs of decay or faulty construction. I’d recommend the Bluth’s run away as fast as they can while they get engineers on-site to see what can be done about their crumbling “model” home. In addition to the apparent foundation problems in the Bluth home, they also seem to have some anger management and self control issues that are adversely impacting potential resale value. As troubling as it is to see gaping holes in the walls, this can easily be fixed with some decent spackling work. Also apparent, are broken built-ins throughout the space which can be fixed with a few nails, a hammer.and elbow grease.

To the parents out there with little children who enjoy coloring on your walls, you may relate to the sporadic blue paint all over the Bluth walls. If they’re lucky they have some touch-up paint in the attic but I somehow doubt they do. A quick trip to a local hardware store for some matching paint should do the trick though! One of the entrances/exits seems to be boarded up for some reason with the door off to the side with caution tape on it. Not only is it inconvenient, but its pretty dangerous to have exits blocked off in a home; especially in a home that’s lucky it hasn’t been condemned yet. Speaking of hazards, the unfinished attic which dubs as an illegal bedroom has exposed wires everywhere, mingling with furniture and insulation. To prevent a fire we suggest they get someone up there to correctly insulate the area and handle the electrical wire situation. For the blocked off exit by the dining room, they should spend a few hundred dollars on a new door and put it up immediately!

Well there goes a brief look at a few foreboding and treacherous issues with the Bluth home from Arrested Development. If these problems are addressed by licensed professionals in a timely manner, I’d even consider it as a viable home buying option; only if they all moved out…and far, far away!! 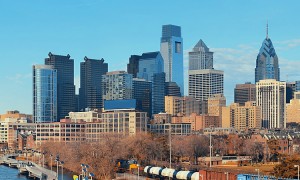 What is happening in Philadelphia these days? A lot, as it turns out. The city is full of new or planned developments, from new mixed-use buildings to public green spaces. Whether you currently live...
Amy Freeman Jul 18, 2016 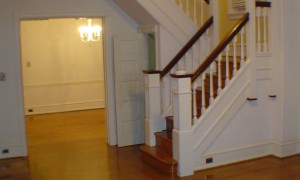 If a house in Philadelphia was built before 1978, it is likely to have lead paint on the walls. Lead paint is dangerous for people of all ages. Fortunately, you can test for lead in paint and remove...
Amy Freeman Sep 17, 2013

5 Real Estate Gotcha’s to Look Out For

Real estate is complicated – from inspections to title searches, property lines and issues affecting appraisals, there are potential “gotch yas” looming at every turn in a real estate...
David Marine Oct 29, 2012
https://6nb29bly7g.execute-api.us-east-1.amazonaws.com/ProdStage