Today we released the 2011 College Home Listing Report, which ranks the average listing price of three-bedroom, two-bathroom homes in college towns across the country. I love this report because it highlights just how affordable so many of these iconic towns are. I just returned from a weekend in Champaign, Ill. to watch the Fighting Illini – and what a great time!  Can’t say the game was a thrill with Michigan pounding us, but we still had a blast with our friends cheering on our alma mater.

I’m clearly not the only one with a passion for college sports and college towns.  Champaign, like so many of the other quintessential college towns, has so much to offer – sports, culture, events, and vibrancy.  Many of their economies are stable, led by medical and research industries, and home to state capitols.

Today we released the 2011 College Home Listing Report, which ranks the average listing price of three-bedroom, two-bathroom homes in college towns across the country. I love this report because it highlights just how affordable so many of these iconic towns are.

For example a three-bedroom/two-bath home in Champaign averages $178,310 in this year’s College Home Listing Report, which is incredibly affordable if you take into account all that it has to offer as a community. I can speak to this first-hand, as I purchased a vacation home there a few years ago because we go back so frequently. The amazing thing is that even with this reasonable average home price, it is only #55 on the ranking overall.

And even though my Illini are not in the BCS Top 10, I took a look at how these towns fared in the report.  Noting that we did not include Alabama due to the horrific destruction the April tornadoes caused in Tuscaloosa, the average listing price of the top 10 BCS towns is $302,052.  And that includes Stanford’s Palo Alto at $1.23 million!  Take out the Cardinal and the average is an astounding $185,799! Tailgating before the game

In fact, this year’s study found that a three-bedroom/two-bath home costs less than $200,000 on average in nearly two-thirds of the markets (76 markets), and less than $150,000 in nearly a quarter of the college towns (26 markets).

I know I’m partial to Champaign.  What’s your favorite college town? See how it stacks up here: hlr.coldwellbanker.com.

Vote for Your Favorite College Town

Every year around this time, I daydream about going to my favorite college town, Columbus, OH to root for the Ohio State Buckeyes. I spent a few years growing up just outside Columbus and the fanfare...
David Marine Oct 25, 2011 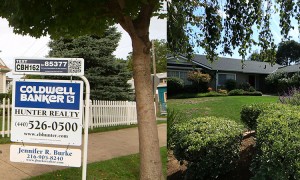 I’m on my way this week to Louisville and Knoxville for two major Coldwell Banker regional events.  I must admit that as a huge college basketball fan, my trips to these two great places is tinged...
Bluematter Mar 17, 2010
https://6nb29bly7g.execute-api.us-east-1.amazonaws.com/ProdStage