Drake Sells his “Condo up in Biscayne”

The Jills sold Drake’s picturesque Miami abode in under 24 hours. Take a look inside the former home of one of music’s biggest stars.

“Gotta condo up in Biscayne”

– Drake from his Grammy nominated song ‘The Motto’ With the 55th Annual Grammy Awards just a few short weeks away, we’ll be digging into the Coldwell Banker vaults to see which present and past nominated artists have bought or sold a home with us! In 2012, one of music’s biggest stars enlisted the expertise of The Jills – the pre-eminent luxury real estate team in Miami – to sell two adjoining condos that he had purchased just a year earlier.

Located in one of Miami’s most desirable and luxurious buildings, the two condos offer over 5,400 square feet of combined living space, five bedrooms and Hallmark Card like views of picturesque Biscayne Bay.The property is highlighted by it’s towering glass walls and top notch amenities that would make any A-Lister or chart-topping star happy.

If you’re a fan of Drake’s music like I am, then you just might recognize photos from the condo because he prominently featured it in the video to his hit single “I’m on One”. In the video, he walks around what looks to be his living room while his friends either sit on couches or soak in the waterfront views.

With a pair of condos with a “mesmerizing view in one of the most elegant buildings in Miami”, it’s no wonder that The Jills and their team located a buyer for Drake’s home within a mere 24 hours!

Take a look below at some photos from the lovely home: The open air deck with pool. The homes come with a large outdoor terrace. The condo comes with a state of the art high-end kitchen. Heading out to the terrace. Modern but ultra-detailed as well. 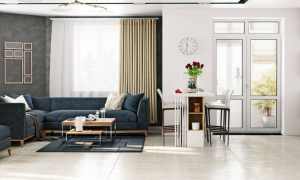 Condo or Townhouse: What Is the Difference?

Philadelphia is one of those unique cities where you can drive around for just 15 minutes and see a wide variety of different housing styles in that short span, from single family row homes in West...
Louise Gaillard Jul 5, 2017 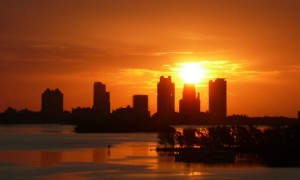 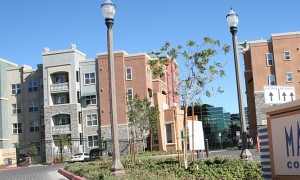 Do You Want to Buy a Condo in Las Vegas?

Condos offer home ownership with the convenience of having everything outside the four walls of your condo maintained by an association. Residents, investors, and vacation-home owners all find this...
Terri D'Richards Oct 28, 2013
https://6nb29bly7g.execute-api.us-east-1.amazonaws.com/ProdStage