House Settling: Should You Worry?

House settling can be a new home simply getting used to its place, or it can be the sign of a serious issue with the home. Signs that a house is in bad condition include large cracks in the foundation and uneven floors.

House settling occurs when your house is getting used to life in its new location. Typically, a new house settles during its first three years of existence. House settling shouldn’t cause major issues — just cosmetic ones, such as a thin crack where the wall meets the ceiling, which can be patched up with a bit of Spackle.

Thin cracks might also appear in the foundation, but if it was constructed properly, they aren’t a major issue. Philadelphia’s building code, for example, has specific rules regarding the depth of foundations to prevent certain types of damage.

However, some cracks indicate more than mere settling issues. Older homes in Philadelphia might not be up to code or might suffer damage due to changes in the surrounding soil. Here are some warning signs, and tips on how to deal with them:

Even a small crack in your house’s foundation can cause problems. The crack might not indicate structural problems, but it can be wide enough to let in water and pests, such as termites. While you want to repair any size foundation crack, you want to be particularly wary of horizontal cracks, cracks that are wider at the top than at the bottom, and uneven cracks — meaning the wall on one side of the crack is lower than the wall on the other side.

Depending on the severity of the crack, you might need to hire a professional company to fix it. The cost to fix a damaged foundation and to prevent further structural issues in the home varies widely. In Philadelphia, costs can be low as $1,500, but major problems will come with a much higher price tag.

Doors and windows that stick, jam, or won’t open without a struggle are another sign that your home is in bad condition, beyond basic house settling. The interior doors can reveal structural problems in a number of ways. For example, the door might not fit in its frame properly, causing it to stick as you shut it. It might swing back and forth when you open the door, instead of staying in one place.

You can fix any issues with doors by repairing the doors themselves, but that type of repair only addresses the superficial problem, not the issues with the house. Repairing the structural issue, or propping up a house that has tilted, can cost thousands of dollars.

Be Concerned About Slanted Floors

In the sitcom How I Met Your Mother, two characters move into a New York apartment only to realize that the floors are slanted so much that they can luge across the floor on a skateboard. While the show played the slanted floor for laughs, a slanted floor in your home isn’t so funny. The issue can be relatively mild, especially if it resulted from a botched repair that left the floor uneven. But a sloping floor can also signal a more serious issue, such as rotted floor joists or supports, or a foundation that has cracked.

If you believe your home is suffering from serious structural issues, or just aren’t sure, it’s helpful to call a professional. The city maintains a list of Philadelphia licensed contractors who can evaluate the situation in your home and recommend the appropriate repairs. Although some repairs can be do-it-yourself projects, when it comes to the foundation of your home, you typically want to work with the pros. 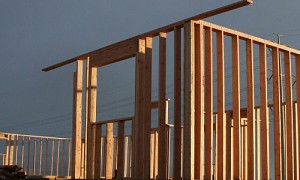 How to Spot Foundation Problems in DFW Homes

A potential foundation problem is always one of the first things savvy DFW homebuyers look out for while house hunting. The clay soil in North Central Texas can create foundation problems, but you...
Tammy Valentine Jan 9, 2014 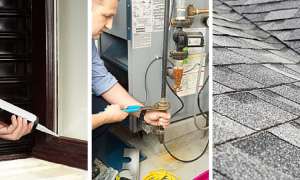 This resource guide, compiled by a team at The Home Depot, is designed to assist first-time homebuyers through the process of evaluating a home's condition and understanding some of the most common...
Lindsay Listanski Oct 21, 2013 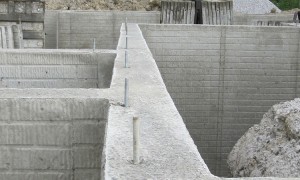 5 Often Ignored Things to Look at Before Buying a...

Foundation, leaks and mold are just a few things to keep an eye out for.
David Marine Mar 27, 2015
https://6nb29bly7g.execute-api.us-east-1.amazonaws.com/ProdStage