How to Pop that Popcorn Ceiling

A popcorn ceiling is ugly. It’s annoying. A popcorn ceiling must be destroyed. If you’re looking for ways to get rid of yours, you’re in the right place. Following are steps for removing your home’s cottage cheese ceiling.

There’s something about a popcorn ceiling that fills people with a slow, burning rage, making them want to just rake their fingers across its surface, tearing down the offending texture no matter how much it hurts. The bumpy, white cottage cheese–like surface is so unappealing that you are left wondering what caused home builders to install it in the first place. Popcorn ceilings were first installed in the 50s and 60s. They were favored for their ability to hide ceiling imperfections as well as their ability to block or mute sound.

Popcorn ceilings were de rigeur for the times until one day, someone looked up and said, “What the heck?” People suddenly realized how popcorn ceilings actually detracted from the beauty of a room. They also realized that the popcorn texture, which is painted or sprayed onto ceilings, is extremely difficult to remove. People who’ve lived with the offending ceilings for years often don’t even bother trying to remove them. New buyers of these older NYC homes, however, will do anything in their power to remove them.

Use Caution With Older Ceilings

The original popcorn ceiling was made with materials containing asbestos fibers. The use of those fibers was banned in 1978, which means popcorn ceilings built after that usually don’t have asbestos in them, but might. Find out when your ceiling was installed before starting the removal process. If there’s asbestos in the ceiling, you’ll want a professional to remove it. It may cost you, but you’ll rest easy knowing you and your family will be safe.

1. Gather your supplies. You’ll need the right tools, including a putty knife, sanding sponge, and a hose with an attached spray. It’s advised that you work in one five-foot section of your ceiling at a time. This will help ensure that you’re able to thoroughly attack every single section of the ceiling.

2. Spray down your five-foot section of ceiling so that you soften the cottage cheese texture. It will also help loosen any adhesive or glue that was used when it was installed.

4. Once your ceiling has been fully scraped, you’ll need to sand it down before painting it.

5. Removing a popcorn ceiling can be an arduous task, taking up a lot of your time. Take your time, don’t get frustrated and know that at the end of the process, you’ll have beautiful, smooth ceilings that will show off your ceilings in their best light. 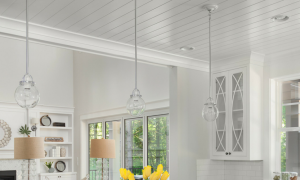 Here are 6 room-changing options to bring your ceiling into the 21st century.
Sharon Lee Oct 26, 2017 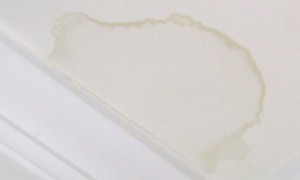 Do You Have a Water Stain on the Ceiling? Here...

Living in Florida has many advantages, paramount among them is the year round sunshine and warm temperatures. However, Florida does have its share of rainy weather in the late spring and summer. As...
Jenn Hawkins May 9, 2014 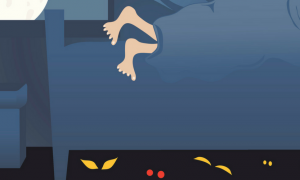 Have a monster problem? Not anymore!
Lindsay Listanski Oct 2, 2017
https://6nb29bly7g.execute-api.us-east-1.amazonaws.com/ProdStage