LeBron James Proves Home Is the Most Powerful Draw of All

By now you’ve heard from a hundred different sources that LeBron James is going back to Ohio to play for the Cleveland Cavaliers. While Heat fans recover from shock, most of Ohio is in a joyous frenzy as the King returns.

As a basketball fan, LeBron James in Cleveland is an entertaining situation as he’ll team up with young point guard, Kyrie Irving, and #1 overall pick, Andrew Wiggins, to create what is sure to be one of the most uptempo teams in the NBA. But as someone who works for Coldwell Banker Real Estate, it was LeBron’s explanation of why he chose Cleveland that stood out the most.

The headline for LeBron’s announcement in Sports Illustrated was “I’m coming home.”

Money, fame and championships are all driving forces in any athlete’s decision in free agency. But just how powerful is the idea of being at home? Apparently to the most powerful player in all of American sports, it’s enormous.

James had a home in South Florida. He had a physical home there. He had friends there. He was welcomed and honored there. But it wasn’t truly home. Home still was in northeast Ohio. In the SI.com article he talks about it being the place he rode bikes, spent time with family and that his relationship with his home was “bigger than basketball.”

While other NBA free agents are still pursuing their first NBA title, LeBron does have the luxury of possessing multiple championship rings already. But still as the most scrutinized and criticized athlete in all of sports, it’s not an easy decision to pick a place to play that doesn’t offer the outright best option to win and also doesn’t offer the most money. That is unless it’s the place you call home.

What LeBron James showed today is that as amazing an athlete as he is, he’s still human. He still has the basic human responses that all of us have. We all want to go home. It’s what drives us to want to own a place to call our own.

Oh and if you’re interested in finding a new home, just let us know. We’ve got some options for you at coldwellbanker.com.

LeBron James, Where Will You Live?

As you know I usually write about sports and real estate which are both my passions. Today both converge with LeBron James announcing his decision...Cleveland, Miami, New York, New Jersey or...
Bluematter Jul 8, 2010 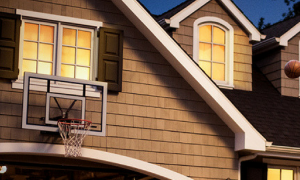