Twins All Star Glen Perkins Knows No Place Like Home

The Minnesota native opens his door and shares his story of living and playing at home.

The following a guest post from Coldwell Banker Burnet CEO, Joe Reis, who not only is a Twins season ticket holder, but is also infamous for catching the Kirby Puckett home run ball that helped the Twins win the World Series. He gave it back to Puckett for free asking nothing but a photo with he and his kids. Joe Reis went to the video shoot for Twins closer Glen Perkins to get a firsthand look at what home means to this hometown boy playing for his hometown team.

“We Interrupt this Family to Bring you the Baseball Season”. That’s the message on a sign that hangs in the stairwell of the Perkins’ unique and warm home on Lake Marion in Lakeville, Minnesota, a suburb of Minneapolis. It tells the story of the Perkins family. Glen and his wife, Alisha, are wonderful people, dedicated to their two beautiful daughters and their extended families. Baseball is sure an important part of their lives but their priority is family.

On June 30th, Robin Peterson, president of Coldwell Banker Burnet, and I had the opportunity to observe the MLB video shoot that was part of the Coldwell Banker Home Field Advantage video series. Glen, the All Star closer for the Minnesota Twins, had just returned from a road trip. He helped the Twins win the final game of the Texas series by striking out the side in the 9th inning and earning his 20th save of the season. We complimented him on his season and wished him well on his potential selection to this year’s All Star team. The mid-summer classic is being played at Target Field in Minneapolis, the Twins ballpark, so it would be a “home” game for Glen and a dream come true. And dreams do come true as Perkins did make the team and will more than likely close out the game in front of his hometown fans should the American League have the lead in the 9th.

The Perkins’ home is full of special touches and meaningful pieces that truly make it special. Glen and Alisha were very hands on during construction and did much of the work including welding, grouting, carpentry, painting and staining. They were very involved with the design, décor and themes throughout their home and even constructed numerous pieces of furniture. They describe each project with passion and a story; their home is very welcoming and fits them perfectly. Glen displays less baseball memorabilia than expected save for buckets of final out “save” balls, one bucket full for each season, are prominent in his family room. He’s had over 70 saves during the last two and a half years and has become one of the top closers in the game.

We had a chance to meet Glen’s parents too, Jeff and Diane. They told us about the rest of the family including Glen’s 83 year old grandmother who is looking forward to attending the All Star game to cheer for her grandson. They also described a very influential grandfather who helped and encouraged Glen in life and in baseball. I complimented both parents about their son and his achievements. Jeff offered, with modesty, that he felt very proud and blessed. I knew, without doubt, that he was talking about his son as a family man and person first; and, as a baseball star, second.

On behalf of Coldwell Banker, we’re sure proud to be associated with Glen and Alisha Perkins and to be welcome into their home. We invite you inside their home as well in the Coldwell Banker Home Field Advantage video below. 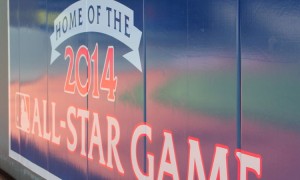 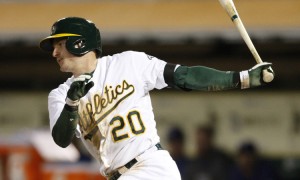 The hot hitting third baseman shares how no matter where he lives, the feeling of home follows because of those he share it with.
David Marine Sep 9, 2014 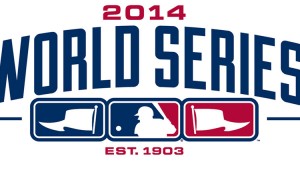 Royals or Giants: A Real Estate Dilemma for the...

We look at how home and real estate can play a role in deciding the winner of the World Series.
David Marine Oct 21, 2014
https://6nb29bly7g.execute-api.us-east-1.amazonaws.com/ProdStage