Royals or Giants: A Real Estate Dilemma for the World Series

We look at how home and real estate can play a role in deciding the winner of the World Series.

Giants or Royals? That’s the question being posed to baseball fans across the country. If you picked the Kansas City Royals and San Francisco Giants to be facing off in the fall classic, you are an extraordinarily prescient person.

As you probably know at Coldwell Banker Real Estate, we’re big fans of baseball. The metaphor of home is prevalent throughout the game and the baseball season perfectly coincides with the prime real estate buying and selling season. Plus our partnership with MLB.com for the Coldwell Banker Home Field Advantage video series has pushed us even further into the baseball paradigm.

So who are we picking to win the World Series? Ugh. Tough decision. Let’s look at the facts.

The Giants are from our hometown of San Francisco where Coldwell Banker was founded back in 1906, but the Royals represent our favorite colors: blue and white.

The Royals are the underdogs with the never quit style of play much like our own mindset here at Coldwell Banker, and they haven’t lost a playoff game at home (or on the road for that matter).

The Giants have one of the best homes in all of baseball at AT&T Park. Perfect waterfront location with tons of amenities and a ridiculously large slide in the back for the kids…or adults. But then the Royals have a spectacular waterfall and fountain in their yard.

The Royals come with a Butler. The Giants have Brandon Belt who was part of the Coldwell Banker Home Field Advantage video series.

Dinner at home in San Francisco could be a nice sourdough bread bowl of chowder. Or we could have some KC BBQ with the Royals?

It’s a tough decision to make, but the series is sure to be a good one. Will the Royals lose a game? Can the Giants continue this “every 2 years win a World Series” streak? In either case, the World Series trophy will be brought to someone’s home before the end of the month.

Who’s your pick to win? Let us know in the comments.

Homes that Could Have Been in 'The Grand Budapest Hotel'
Sword, Crossbow and Walkers: Homes with The Walking Dead References

We might never "be royal" and have titles and lands to fight over like they do in Game of Thrones; but you could certainly feel like royalty in any one of these 5 homes fit for Kings and Queens:
Gustavo Gonzalez Jan 20, 2014 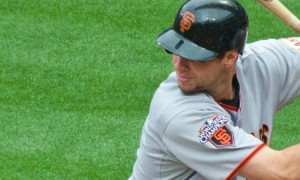 Brandon Belt of the SF Giants Hits Home in More...

From Texas to San Francisco, home is an escape for Brandon Belt.
David Marine Jul 2, 2014

Slideshow: 6 of San Francisco’s Most...

Our President & CEO Budge Huskey and other top Coldwell Banker leaders are out west in San Francisco this weekend for the 2013 National Association of Realtors conference. While we're currently...
Gustavo Gonzalez Nov 8, 2013
https://6nb29bly7g.execute-api.us-east-1.amazonaws.com/ProdStage