Taking a Moment to Reflect on What Memorial Day Means

A reflection from Sean Blankenship, SVP of Marketing for Coldwell Banker Real Estate.

Coldwell Banker SVP of Marketing, Sean Blankenship, takes a moment to reflect on what Memorial Day means to him. In a recent conversation with his grandmother, Sean discovered more about his late grandfather’s time in the military…

This year I asked my grandmother Elizabeth Gaynor, on my mother’s side, to tell me a little about my grandfather’s military service.  While growing up, my grandfather never talked much about war; he was a very proud man who loved his country.  It wasn’t until after his death that my grandmother shared bits and pieces, even memorabilia, from his days serving his country.  And now I’m sharing a piece of that history, along with a link to a YouTube video about the B24 Liberator bomber, with a bit of history about Ford Motor Company, that I bet many of you didn’t realize.

While in high school with Marilyn Monroe and Jane Russell (yep, for real), Lee decided he wanted to volunteer for the Navy with his buddies when he was 16 and not yet graduated from school.  His mother would not sign the papers because he was too young.  He joined the Army Air Corps. His first overseas assignment was with the 15th Air Force in Italy as a ball turret gunner in B24 Liberator (https://www.youtube.com/watch?v=iKlt6rNciTo).  They flew the Hump, bombed Ploesti, Vienna and many more.

After WWII he was discharged, then recalled during the Korean War, with a tour in Japan as Headquarters Adjutant. As Aide to the Commanding General  of Tachikawa AFB, Lee met many Japanese Officials including Admiral  Nomura.

There was a remote tour in Saudi Arabia in his future where he was again Squadron Adjutant.  Their mission was to teach the Saudi Air Force warfare.  The men lived under Saudi law with no immunity or U.S. protection.

Lee’s assignments within the United States were quite varied – like Office of Special Investigation (OSI), Inspector General, Missile Procurement during the Atlas and Titan missile programs and before retiring was Assistant to the Deputy Secretary of Defense (DEPSECDEF) in Washington, DC.

I’m glad to have this piece of history to carry with me and pass along to my children. My grandfather was more like a father, he raised me, and I will forever miss him. 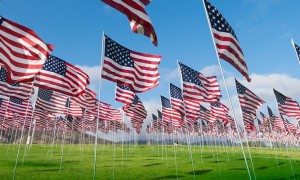 Vietnam Vet and current manager at Coldwell Banker Hunter Realty, in Medina, OH, sheds light on what Memorial Day is truly all about.
Lindsay Listanski May 22, 2015

I wrote this a couple of years ago and wanted to share it again because it remains relevant today. Just as I wrote back on May 27, 2010, my wife and I are again headed to our Lake Michigan area...
Bluematter May 25, 2012 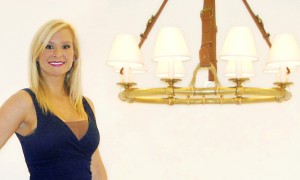