New Orleans Transportation: Get Where You Want to Be

Whether you travel by car, bus, bike, or cab, New Orleans transportation is much easier than you think. This fact increases the city’s appeal to tourists and residents alike. Come explore all the ways you can get around Crescent City.

One of the things that makes New Orleans, LA, such an easy place to visit and live is how convenient it is to get around the city. There are several different New Orleans transportation options that make going from point A to point B a fairly simple task. The other striking feature of the New Orleans transportation system is how relatively inexpensive it is! I highlight a few of the many options available to help you navigate and see this great city!

Let’s start with the obvious. Despite what you may have heard, New Orleans is actually a pretty drivable city. Once you learn some of the basic terms, you shouldn’t have too many problems. The only place I refuse to drive is the French Quarter. The streets are narrow and there is usually a lot of vehicle and pedestrian traffic. Here is a little bit of free advice . . . Do NOT run red lights! Many of them have cameras and you will get a surprise ticket in the mail. Also, pay close attention to the left turn restrictions. Most major intersections prohibit those. Parking is not a huge problem, but I recommend using a parking lot finder until you know your way around. Otherwise, you may find yourself paying $30 or more for a few hours when there was a $10 lot next door. Before I lived there, the streetcars were my preferred mode of New Orleans transportation. I could ride all day for only $3.00! The streetcars are actually considered historic monuments, but that does not mean they don’t work well. The St. Charles line has the “classic” streetcar. Basically, it means that the doors are manual and there is no air conditioning. It’s not a big deal until you ride it in August and are stuck at a stop light. While the scheduling of the streetcar is not overly reliable and it takes longer to get from place to place, they run virtually around the clock and are a neat way to see certain areas of the city. There is current construction to expand the lines to additional points on the perimeter of the French Quarter, which will be a big help to tourists!

When I first moved to New Orleans, I stuck my nose up at the bus. However, once a few parades stopped all streetcar movement for several hours, my opinion changed. The bus lines do not run along the same roads at the streetcars, so when there is a parade or other major event (which happens A LOT), the buses are not disrupted. I quickly discovered that for the same price ($1.25 per ride or $3.00 per day), I could get where I wanted to go much more quickly. A trip that took me 45 minutes on the streetcar only took 15 minutes by bus, and there was air conditioning! The buses almost always run like clockwork. You can even download an app that tells you when the next one is arriving and when you will reach your destination. The best part of the entire New Orleans transportation system is that the passes work on either the bus or the streetcar! It makes life much simpler. This city has no shortage of taxi companies! In my old neighborhood, the cabs would all line up at the end of the streetcar line at all times of the day and night. If you are down on Canal Street, you won’t go far without see a taxi. Companies like Uber and Lyft are also very popular options for New Orleans transportation. They are usually slightly cheaper than a taxi and have better conversation value. The one thing I will warn is to watch out for price hikes during holidays, festivals, and parades. On New Years’ Eve, 2015, the Uber surge was 30 times normal pricing! Taxis do not have that option as their prices are regulated by the city. Most people don’t realize, but New Orleans is FLAT. There is only a 20-foot change in elevation across the entire city. This makes it very attractive for bicycles. Several of the major arteries in Uptown have dedicated bike lanes. The city’s topography ensures that you will not have to overexert yourself to get where you want to go. You will also have an easy time getting around on mopeds or motorcycles. They are certainly much easier to park!

No matter how you prefer to get around, New Orleans is easy to navigate, and it’s an attractive place for urban dwellers who want a simpler lifestyle. Of all the places I have lived, they have the best transit system, by far!

How Does Your Mom Make Home Awesome?
The Real Estate Company with Real Advantages 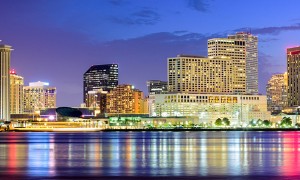 There is no denying that New Orleans, Louisiana, is a one-of-a-kind experience! However, if you want to live here or even visit long term, there are some New Orleans terms that are essential to know....
Stephen Meadows Apr 20, 2017 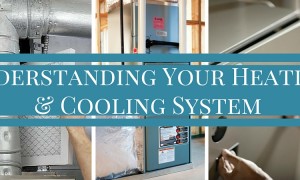 The Ultimate Homeowners Guide to Understanding...

From The Home Depot and Coldwell Banker
Lindsay Listanski Jan 15, 2016

Along with DFW’s network of highways and toll roads, public transportation is a viable option for those who need to travel throughout the Metroplex. In addition to bus and rail lines’ convenience...
Lindsey Chamberlain Jul 29, 2013
https://6nb29bly7g.execute-api.us-east-1.amazonaws.com/ProdStage