There is no denying that New Orleans, Louisiana, is a one-of-a-kind experience! However, if you want to live here or even visit long term, there are some New Orleans terms that are essential to know. This list should get you started!

The Big Easy! It’s unlike any other city in the world. At nearly 300 years old, New Orleans, Louisiana, has a rich history, culture, and allure. However, unless you are from here or have lived here for a little while, there can be a dash of mystery about the city as well. Apart from the odd way streets are pronounced, there are some New Orleans terms you will want to learn to avoid getting lost, getting in trouble, or simply getting laughed at! Another nickname for New Orleans is Crescent City. It’s an apt name considering the shape of the city resembles a crescent moon (or roll). Hence, the source of the New Orleans terms upriver and downriver. Traditional directions don’t do you much good in these parts. East and west are pretty useless when the street you are on gradually curves due north without you realizing. If someone says “head upriver,” they are telling you to move away from the Central Business District (downtown) in the opposite direction that the river flows. If I HAD to call it a direction, I’d choose west. Downriver is the opposite, in which you head with the current. If you are downtown, you’d head downriver to go to the French Quarter, or “east” essentially. Just remember, the river flows from uptown toward downtown.

Now that you understand upriver and downriver, these New Orleans terms will be simple. The bulk of New Orleans is sandwiched between Lake Pontchartrain and the Mississippi River. The terms lakeside and riverside essentially replace north and south, like upriver and downriver replace east and west. If someone tells you they are on the lakeside of a street, that means you should move away from the river to get there. Things can get a little confusing when the entire city is a big curve, but you get used to it! Of all the New Orleans terms, this one has the best back story. The concept isn’t difficult, it’s just so foreign to everyone NOT from the area. Neutral ground is what everyone else would call a median. It’s the middle of a boulevard. It gets its roots from way back when the French Quarter was still French and the Americans occupied the areas now known as downtown and uptown. Canal Street acted as the barrier between the two cultures. The “median” acted as neutral ground for conducting business since neither side wanted to cross it. Therefore, every middle area is now called neutral ground. It’s also where the New Orleans Streetcars run. If you are driving on a road with tracks in the neutral ground, always be sure to look before turning or crossing. The Streetcar has the right of way!

This is definitely one of those New Orleans terms that confuses a search engine! I am not talking about the Middle East. We have a West Bank right here in the U.S. If you want to do a Google search, I’d recommend typing “New Orleans West Bank.” Otherwise, you’ll likely end up learning a lot more about world politics than you were planning. The West Bank is across the Mississippi River from downtown and part of it is still in the same city and parish. There are other cities over there as well, like Harvey, LA, and Gretna, LA. It may seem a world away, but the West Bank is only a bridge drive or ferry ride away!

Louisiana is the only state that has parishes instead of counties. If someone asks you about your parish, they are probably not referring to a church. It’s easy for an outsider to get confused when someone talks about a parish in such unfamiliar ways. You think you are confused? Try working in one state with counties and the other has parishes! It’s hard to keep things straight.

A city like New Orleans didn’t get to be almost 300 years old without a few quirky moments. This list barely scratches the surface of the vast amount of interesting information there is to learn about The Big Easy. Just wait until you have to pronounce Tchoupitoulas Street. Until then, this list should at least help you navigate your way around.

Refresh Your Home for Spring
Do you know which real estate brand helped find homes for over 20,000 dogs? 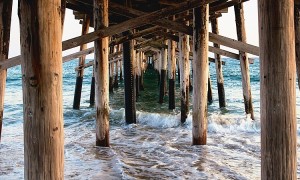 East Coast Versus West Coast Living: What to...

Whether it's the pull of the beach or the appeal of ivy-covered brick, there are several reasons you may want to consider life on the opposite coast. Here are five ways in which life is different on...
Melina Gillies Aug 16, 2016
https://6nb29bly7g.execute-api.us-east-1.amazonaws.com/ProdStage