When it comes to oil vs. gas heat, you may think that because you live in NYC, the issue doesn’t really apply to you. Actually, all New Yorkers are affected by whether or not a building uses gas or oil. Read on to find out how it affects you.

When it comes to oil vs. gas heat, the general consensus is that, in general, gas heat is better for the environment. If you’re in the market for a NYC home, you may think that this has nothing to do with you. You may assume that the oil heat vs. gas heat argument only matters to folks living out in the suburbs or for people who own standalone brownstones or townhouses. Nothing could be further from the truth; all NYC residents are affected by the oil vs. gas heat debate.

The three main types of heating oil are called #2, #4, and #6. Numbers 6 and 4 oil were the most popular type of heating oil for landlords and homeowners for years because those types were the cheapest, and they provided the most amount of heat per gallon. Unfortunately, they were also the dirtiest, releasing more soot and pollutants into the air than any other type of heating oil. The cleanest oil, #2, is also the most expensive.

A few years back, it was learned that although only a relatively small number of NYC buildings burned #4 and #6 oil, that small number released more pollutants into the air than that released by all the cars and trucks in the entire city combined. Those pollutants created major public health risks, including premature birth, death, and all types of respiratory illnesses. The situation caused such concern with public health officials that in 2011, the city created a law that required all buildings phase out the use of #4 and #6 oils. As of 2015, #6 oil was no longer permitted to be used, and by 2030, all buildings must use #2 oil or gas.

What Does that Mean for Homeowners?

If you’re buying into a recently built co-op, you’re probably already living in a building that is heated by gas or is being heated by #2 oil. If you’re buying into an older building, the conversion may have been delayed due to costs. Cost is the main reason that many residential buildings haven’t yet converted. Changing from the cheaper types of oil heat to the more expensive, cleaner options can cost anywhere from $5,000 to tens of thousands of dollars, depending on the condition of things like the building’s boilers and tanks.

Would a New Heating System Affect a New Buyer?

As a member of the co-op, new or updating heating system costs will most likely be passed on to you, so keep that in mind when you’re house hunting. If a building you’re interested in decides to switch from oil heat entirely and go straight to gas heat, residents could be looking at costs as high as several hundred thousand dollars. Find out how much of that will be covered by building reserves and how much will be passed on to tenants in the form of ongoing assessments. If you’re a new buyer and an assessment was made prior to you purchasing your home, you’ll be responsible for paying the assessment until work is complete unless otherwise noted in your contract. 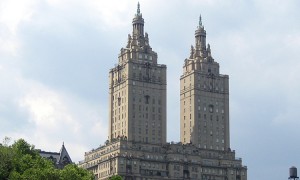 If you've always wondered what exactly the most expensive apartments in NYC are like, you're not alone. Many people wonder what the apartments behind NYC's most luxurious buildings look like. Here's...
Sakai Blue Jan 21, 2015 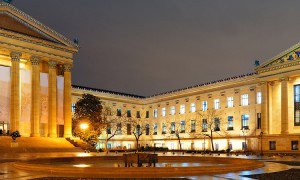 Philadelphia is a city full of impressive buildings. Whether you're a fan of classic architecture or prefer something a bit more modern, several buildings in Philadelphia are worth checking out for...
Amy Freeman Nov 4, 2016
https://6nb29bly7g.execute-api.us-east-1.amazonaws.com/ProdStage