SHARE Sometimes, you just have to grow up and move on out of that bachelor pad you own in the penthouse of the Ritz Carlton. In season 2 of Boardwalk Empire, New Jersey’s friendliest criminal traded in panoramic ocean views on the boardwalk for a more family friendly and slower paced lifestyle. And by slower […] Sometimes, you just have to grow up and move on out of that bachelor pad you own in the penthouse of the Ritz Carlton. In season 2 of Boardwalk Empire, New Jersey’s friendliest criminal traded in panoramic ocean views on the boardwalk for a more family friendly and slower paced lifestyle. And by slower paced lifestyle, we mean less shootouts, heists, bootlegging and riots.

The next home we nominate from television shows being considered for the 2012 Emmy for Outstanding Drama Series is Nucky Thompson’s new three-story manor he shares with his girlfriend Margaret Schroeder, her two children,  and a handful of maids and butlers. The meticulously constructed home rests on what appears to be a few acres of land and comes with all the amenities and luxuries one would expect a corrupt (but amiable) politician and crime boss to have.

Classic 19th century architecture along with fine art and one of a kind design gives the property an air of luxury and sophistication without being too over the top. Imported chandeliers and priceless oil paintings aside, it feels like home. Other notable features of the Thompson home include at least three well proportioned bedrooms with master baths , a guests quarters to house an Irish  mercenary, crown molding throughout, floor to ceiling windows on the lower level, and a completely separate parlor floor with maids quarters to ensure you all the privacy you need to plot your next illegal venture.

Ever the visionary trendsetter, Nucky jumped on the global warming issue way back in the 1920s (sorry Al Gore) by building a sun-room that acted like a greenhouse, allowing him to control the amount of heat let into his house. The conservatory features a separate dining area and luckily still offers plenty of room for the occasional fist fight with your brother.

What do you think of Nucky Thompson’s home? Would you opt for this home or would you rather go for something smaller but closer to the beach and Atlantic Ocean views?

The 2012 Emmy Nominations were announced last week and Mad Men, the four-time best drama series winner, took top honors with 17 nominations in total; one for each month the cult hit was off the air...
Gustavo Gonzalez Jul 24, 2012 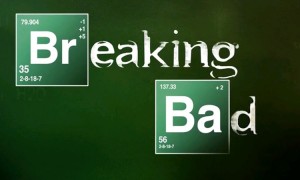 In continuing our look at homes featured in the 2012 Emmy's Outstanding Drama nominees, today we come to Breaking Bad. AMC's Breaking Bad is quickly becoming the most talked about show online. It...
David Marine Jul 25, 2012

The final Emmy nominated drama series in our outstanding home list is Showtime's critically acclaimed Homeland. The show is set for the most part in Maryland and Virigina, but most of the filming is...
David Marine Jul 27, 2012
https://6nb29bly7g.execute-api.us-east-1.amazonaws.com/ProdStage