Philly Neighborhoods Made Famous by Movies

Philly has long been a muse for filmmakers. Check out a few of the neighborhoods that have featured prominently in some popular movies. From The Sixth Sense to Trading Places, many of these places had a starring role.

You might think of L.A. or New York when you think of locations for film shoots. But, plenty of movies have been set and filmed in Philadelphia, too. While people tend to think of the Rocky franchise and of Sylvester Stallone running from the Italian Market in South Philly up to the Art Museum when they think of Philly films, plenty of other movies have called the city home, too. A few Philly neighborhoods have taken a starring role in the movies, too, and are worth checking out in person.

Homes in the Graduate Hospital neighborhood are in demand, and you might want to thank the area’s appearance in the 1999 movie The Sixth Sense for that. The film’s main character, Cole Sear, was a young boy who happened to see dead people and who happened to live at 2302 St. Albans Place. Sear’s home in the movie was notable for a few reasons. It’s located on a block that is closed to traffic. Instead of the typical street in front of the house, there is a walkway and a garden area that’s shared by the neighbors.

In the years since the movie was made, the Graduate Hospital area has changed considerably. M. Night Shyamalan, the director of the movie, donated $1.5 million to help revitalize the Philly neighborhood a few years after the film’s release. Since then, home prices in the area have climbed, too. The home Cole Sear lived in is now valued at $328,000 by the city.

Callowhill is located just above Center City and to the east of Broad Street. The home of former warehouses and factories, it’s alternatively been called the Loft District, because many of those buildings were converted to loft apartments, and Eraserhood, because of the 1977 film Eraserhead, made by experimental director David Lynch.

Although the film was actually shot in California, its aesthetic and feel was very much inspired by the Philly neighborhood. Lynch spent some time studying at the Pennsylvania Academy of the Fine Arts and was influenced by the industrial setting and poverty in the area at the time, according to the New York Times. Some traces of desolation remain in the neighborhood today, but it is fast becoming a destination for music and nightlife, as several concert venues, bars, and restaurants have opened in the area.

The movie In Her Shoes, based on the book written by Philly local Jennifer Weiner, spent a lot of time on South Street, just west of Broad Street. One restaurant in particular, the Jamaican Jerk Hut, had a starring role in the film. The crew and cast ended up taking over the space for just over a week, enjoying its food during filming and afterwards. These days, the Jamaican Jerk Hut is famous for a different reason. The garden, where the film’s wedding scene was shot, has been transformed into an annual pop-up garden by the Pennsylvania Horticultural Society.

Rittenhouse might be one of the more well-known Philly neighborhoods. It’s appeared in films such as In Her Shoes, Trading Places, The Happening, and a few of the Rocky movies. In the comedy Trading Places, Eddie Murphy’s character makes his first appearance begging in Rittenhouse Square, the neighborhood’s park. Meanwhile, Dan Akryod’s character lives in a majestic mansion, just a few blocks away, at 20th and Delancey Place.

The next time you’re watching a film set or filmed in Philly, keep a close eye out for landmarks. It might be that a place you just walked by is featured in the movie.

Easy Kitchen Updates That Sell
3 Tips to Winterize Your Home 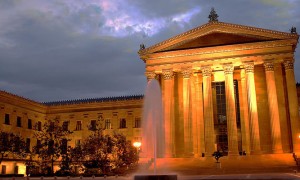 The Rocky movies were filmed in Philadelphia. Although some locations were fictionalized, others are real. If you love the movies and live in the city, you'll definitely want to check out a few of...
Amy Freeman Sep 4, 2013
https://6nb29bly7g.execute-api.us-east-1.amazonaws.com/ProdStage