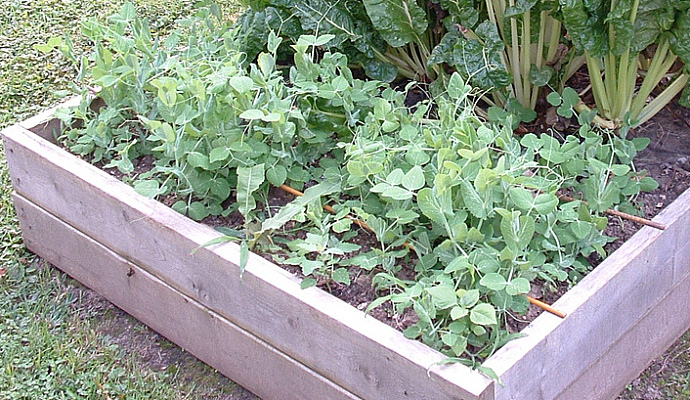 When you live in Philadelphia, you can garden through three seasons. Knowing when to plant certain vegetables will allow you to enjoy a home-grown bounty in spring, summer and into fall. Some plants do better in cool weather while others need some heat.

When it comes to gardening, Philadelphia is an ideal place. A Philadelphia garden planted with vegetables is likely to thrive. The city is located in the United States Department of Agriculture Zone 7, which means it has a long growing season. The last frost of the year usually takes place in April and the first frost doesn’t roll around until late October or November. In the downtown area, the average last frost date is April 20. The final frost is usually a week or so later the further out from Center City you are.

Timing is everything when planning a Philadelphia garden. Some plants, such as peas, need an early start, while others, such as tomatoes and peppers, won’t do well until temperatures warm up.

Early spring, from mid-March until the beginning of April, is the time to get cool-weather vegetables in the ground. You can grow many of these vegetables from direct-sown seed, so you don’t have to worry about planting indoors and then transplanting. Vegetables to plant in mid-March include peas, turnips, fava beans, and cabbage. At the end of March, plant any carrots, radishes, or lettuce you want to grow. Since these vegetables grow quickly and can withstand warmer temperatures than peas or fava beans, you can plant additional seeds every two weeks or so until about the middle of May to increase your harvest. Plant greens, such as spinach or chard, in early April or late March.

The Philadelphia garden really gets going once the danger of frost is gone. The late spring is the time to get your tomatoes, peppers, cucumbers, and all other warm weather vegetables in the ground. In early May, you can start some vegetables from direct-sown seeds, such as summer and winter squash, cucumbers, and melons. Just remember that cucumbers, squash, and melons tend to take up a lot of space in a small urban garden.

Mid-May is the time to transplant tomatoes, eggplant, and peppers into the garden. You can transplant any little seedlings you grew indoors or purchase seedlings from a nursery and plant those in the soil or in a container. If you don’t get your summer veggies in the ground in May, you have until late June to safely plant them in time for a summer harvest.

Think of late summer as a time to enjoy all those spring veggies once again. As the temperatures start to cool down, you can safely plant vegetables that do better in colder weather in your garden. Sow another crop of carrots, beets, and chard starting in early July. Although these plants like cooler weather, they can handle a bit of heat.

As summer really starts to wane, you can once again plant the vegetables that are turned off by heat, such as lettuce and peas. Lettuce seeds won’t even germinate if the soil temperature is above 80 degrees, so it pays to wait until things have cooled off. August and September are the times to plant cold-loving greens, such as mustard and kale.

If you have room in your home, you can start several plants from seed to get a jump on the growing season. Plant the seeds for eggplant, peppers, and tomatoes indoors through the month of February, then move them out in May. Cabbage family crops such as Brussels sprouts and broccoli can be started indoors in February, then moved outside at the end of March. Start cucumber and squash from seed indoors in March and then move them outside in early May. 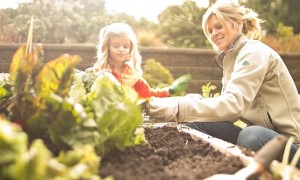 Growing Vegetables in a Philly Yard

Even though your downtown Philly yard might be small, it's still an ideal place for growing vegetables. Container grown vegetables need light, water and decent soil to survive in the city. Turn a...
Amy Freeman Jul 24, 2013

I know what some of you are thinking, “this woman is crazy, the words low maintenance and gardening go together like orange juice and toothpaste (not well)!” I have tried this before and wasted...
Lindsay Listanski Apr 19, 2012

Nip these common garden mistakes in the bud and enjoy gardening this year. Timing A few beautiful days of 70 degree weather is enough for anyone to catch spring fever. But before you say ready, set,...
Lindsay Listanski Apr 13, 2012
https://6nb29bly7g.execute-api.us-east-1.amazonaws.com/ProdStage