Renting vs. Owning: An Introduction

With the economy returning back to pre-2008 levels, the conversation of renting vs. owning homes has returned to the forefront. A lot of families who were not able to purchase the home of their dreams are now becoming eligible to make dreams a reality.

With the economy returning to pre-2008 levels, the conversation of renting vs. owning homes has returned to the forefront. A lot of families who were not able to purchase the home of their dreams are now becoming eligible to make their dreams come true. With that being so, a lot of people are joining the debate of whether there is still a benefit of owning a home versus renting.

The conversation has been reintroduced several times. However, it seems that the debate has been continued with dated information. The people taking part in both sides of the conversation are using facts that were true before the 2007 housing crisis and, in some cases, are no longer true or relevant. Have you ever thought about it? How would you discuss the legal system that allowed the financial crisis to happen in the first place? The laws have changed to prevent a repeat. How would you take into account a federal government that allowed one man to steal $50 billion from the American public? Also, the banks that wrote a lot of those sub-prime mortgages are no longer in business. You cannot make the same arguments.

Within the next few weeks, this discussion will be updated with current facts, updated law, and a modern viewpoint. Not only has the law governing home ownership changed, but so has the families looking to own homes. Furthermore, we have to look at how the size of the homes has changed as well as the size of the families looking to fill those homes.

To add to the matter, the argument is not universal. You cannot compare the facts of owning a four-bedroom three-bathroom home sitting on an acre of land in a rural neighborhood to renting a one-bedroom apartment in Manhattan. The demographics of the people who occupy these two examples are on opposite ends of the spectrum, as such are their cost and benefits. Therefore, in this ongoing series we will attempt to discuss the cost and benefits to specific, similar scenarios of renting vs. owning.

In closing, feel free to use this series as a reference when purchasing a house or planning to do so. However, purchasing a home is the largest purchase of most people’s lives. It involves not only your estate, but also your taxes, your legal proceedings, your credit rating, and even your income in some circumstances. You should consult a professional for each area being affected. Also, this series is written based on the expertise and research in the state of New Jersey. This series is not intended to be used as a legal substitute or a sole source of information. As previously mentioned, always consult a professional.

Renting vs. Owning: Apartment vs. Condo/Townhouse
Farm Raised Versus Wild Caught Fish — What is the Real Difference? 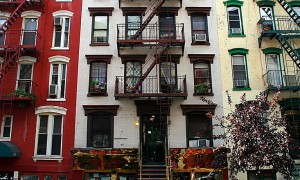 Subletting NYC Apartments: What to Know

Subletting NYC apartments is something many New Yorkers think about, especially if they plan to be out of town for a period of time. NYC has specific rules for subletting spaces, so check out below...
Sakai Blue Jul 27, 2015 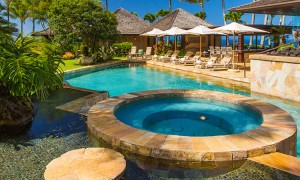 Pros and Cons of Buying a Home with a Pool 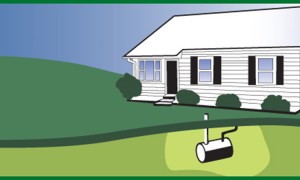 The Guide to Underground Storage Tanks for...

Why you should be concerned about what may be buried in your backyard.
Victoria Keichinger Aug 13, 2014
https://6nb29bly7g.execute-api.us-east-1.amazonaws.com/ProdStage