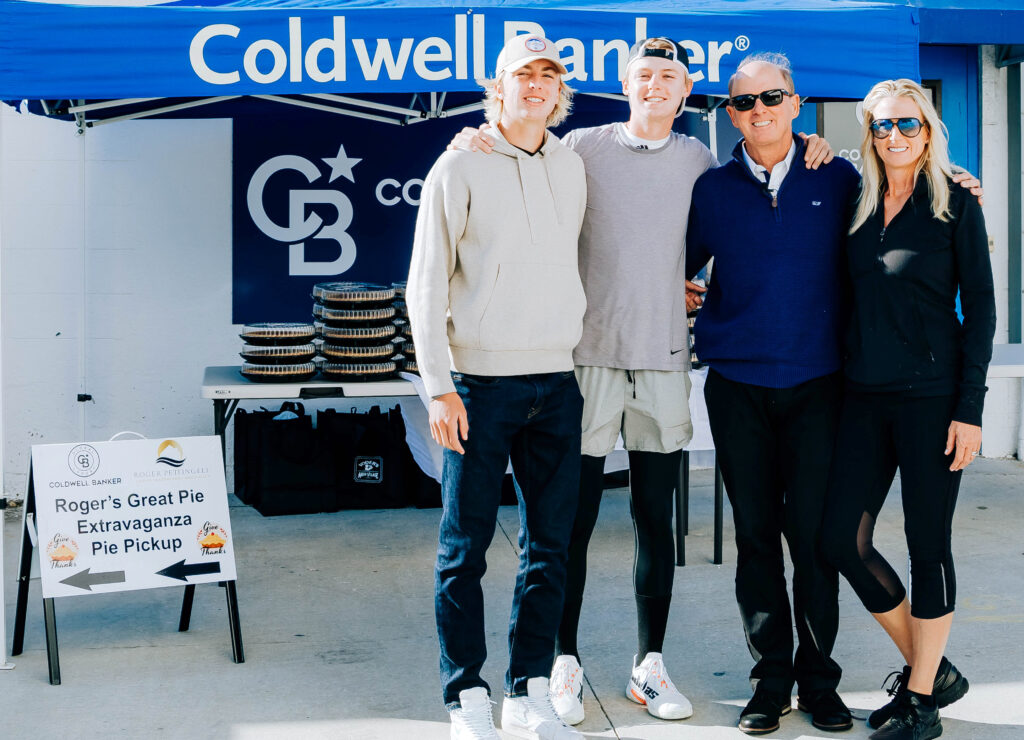 “Service to others is the rent you pay for your room here on earth.” -Muhammad Ali

Roger Pettingell, the Number 1 individual real estate agent in Sarasota and Manatee counties for 12 straight years, recently surpassed a record $200 million in closed sales volume for 2021. As impressive and unprecedented as this achievement is for the Coldwell Banker Realty agent, the true mark of Pettingell’s success extends much deeper in his Florida communities-a legacy of professionalism, caring, kindness and giving back that Pettingell has embodied over nearly four decades in the business.

It all starts with the thousands of clients that, through his diligence and attentive service, Pettingell has helped to make the Sarasota area their home.

Chris Carroll is the second generation of his family to entrust Pettingell with their homebuying needs, as his parents purchased real estate on Longboat Key in the 1990s. Chris and his wife, Colleen, were recently planning the purchase of a retirement home in the Caribbean, but also began considering Sarasota when COVID-19 hit. They reached out to Pettingell. “Roger wanted to know where else we were looking for property. When we told him the British Virgin Islands, he immediately responded with, ‘No problem. The BVI’s are a nice vacation destination but Sarasota is a great community where you want to live.’ Little did we know that Roger was absolutely correct. In addition to selling us a home, Roger introduced us to the community of Sarasota, including new restaurants, private clubs, theater and boating hot spots. Roger is a terrific ambassador for the Sarasota community, and we have fallen in love with this town.”

Gray Videnka knows Pettingell personally and went directly to him when it was time to purchase a new home. “In this market, it is almost impossible to acquire a house on the first offer, but Roger worked his magic, guided us on how to make an offer that had a shot, and we bought the home we wanted on the first try, bidding out the four other offers,” said Videnka. “Roger built his business from nothing, he has the highest level of integrity, and looks out for those he serves in ways most real estate agents don’t. It is no surprise that he is one of the top agents in the area year-over-year.“

Jack and Michelle Cottrell have been members of the Longboat Key Club for over 20 years and recently purchased their dream vacation home there. “Roger Pettingell was the obvious choice to work with us on this journey,” shared the Cottrells. “Roger and his team have built an outstanding reputation as the one and only professionals to use when buying or selling luxury properties on Longboat Key and surrounding areas. Excellent negotiation skills, extensive market knowledge, caring personal service and a total commitment to excellence throughout are the hallmarks of Roger’s success.”

Carroll added, “The entire process of buying or selling a home can be filled with anxiety and emotion. We like working with Roger because he has an aura of calmness when things get stressful. Roger is a true professional who knows this market. He is responsive and thorough. He comfortably guides you through every phase of the transaction. He has the experience and relationships to overcome whatever obstacle, issue or challenge happens during a deal. We struggled to secure insurance during hurricane season. Roger introduced us to a local insurance provider and we had a policy written within days.”

Thomas Russomanno echoed these sentiments: “Roger and his team were a pleasure to work with. Their knowledge, professionalism and calmness made the experience stress free. We can’t thank Roger enough.” 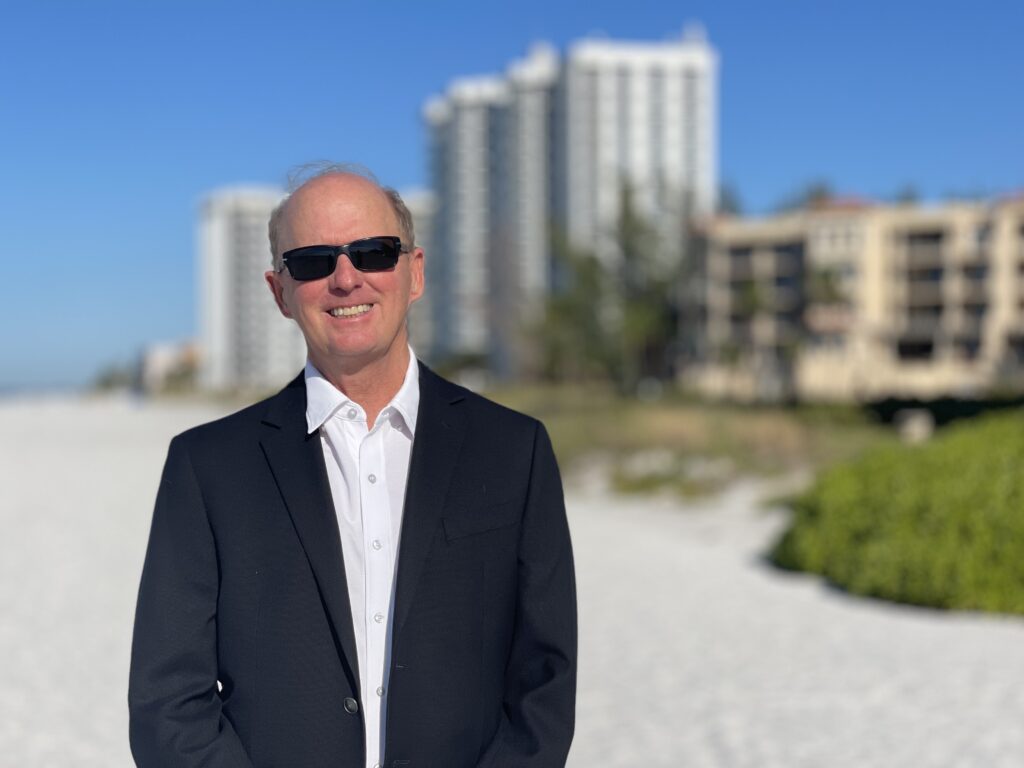 Pettingell has earned the respect of his peers, including his competitors, and has taken an active role in mentoring the next generation of real estate agents.

Johnny Pineyro of eXp Realty has worked with Pettingell and his team multiple times. “I once read that over 80% of licensed real estate agents quit within five years. So, what makes someone not only outlast this staggering statistic but thrive among the fallen? I had the pleasure of meeting Roger and it took me 30 seconds to learn the answer. Roger is committed,” said Pineyro. “As an attorney, Realtor, mentor and investor, I can assure you that my standards are high, and Roger leads his team to meeting and surpassing my expectations each and every time. And probably the most redeeming quality I can share about Roger is $200 million, $500 million, $1 billion are just numbers to him. He will remain as down to earth and kind as the day he sold his first property.”

Kaisen Mitchell and Shaun Williams, the Nest Group at Coldwell Banker Realty, found an exceptional mentor in Pettingell when they decided to launch their own real estate team in 2020. Hoping to get involved in luxury sales and higher-end deals, they reached out to Sarasota’s top agents. “Roger was the fastest to respond and is one of the nicest people we’ve connected with,” said Mitchell. Pettingell opened the door for Mitchell and Williams to join him at his office in Longboat Key. “Since then, Roger has been an open door for all of our questions and he has made numerous suggestions to help us improve our business and improve our customers’ experience,” said Williams. In fact, Mitchell and Williams have grown their business 50% since affiliating with Coldwell Banker Realty.

Pettingell and his wife, Alisa, believe strongly in giving back to their community and are active philanthropists in the Sarasota area. Steadfast advocates for local children, they are longtime supporters of the Child Protection Center (CPC), spearheading a recent campaign that raised nearly $400,000 to help the organization continue its mission to prevent child abuse. For 19 years, Pettingell and his family have hosted an annual Pie Day and supported All Faiths Food Bank during the Thanksgiving season. Through his foundation, The Pettingell Family Giving Fund, Pettingell and his family have also supported organizations such as the Sarasota Memorial Healthcare Foundation, Southeastern Guide Dogs, Children First and Moffitt Cancer Center.

Doug Staley, executive director of the Child Protection Center, said, “Roger was the brainchild of CPC’s 40th Anniversary Captain’s Initiative. Roger with his wife Alisa developed this initiative with the goal to get 40 people to each raise $10,000 each in honor of CPC’s 40th anniversary. This was before COVID-19 became a global pandemic. The efforts of Roger and Alisa were nothing short of miraculous! The funds raised prior to the pandemic helped to carry CPC through the cancellation of multiple events due to COVID-19. Roger then stepped up again in a lead $10,000 matching gift for CPC’s Annual Giving for yearend 2021. Roger has a passion to educate and prevent abuse from ever happening and CPC is grateful for his advocacy and support. Roger and Alisa are superheroes for kids!”

Whether it’s helping new residents find their dream homes, making a positive mark in the real estate profession or helping those in need, Pettingell has become an indelible, positive force in his community. Pettingell and his team are excited to work with anyone interested in homes throughout the area of Longboat Key, Sarasota, Siesta Key, Casey Key, Manasota and Bradenton. Contact them at 941-387-1840, roger@pettingell.com, or visit www.pettingell.com. 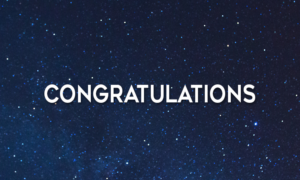 Congratulations to all the Coldwell Banker Realty affiliated agents in Florida for their 2020 sales success!
Jake Gutkin Mar 9, 2021