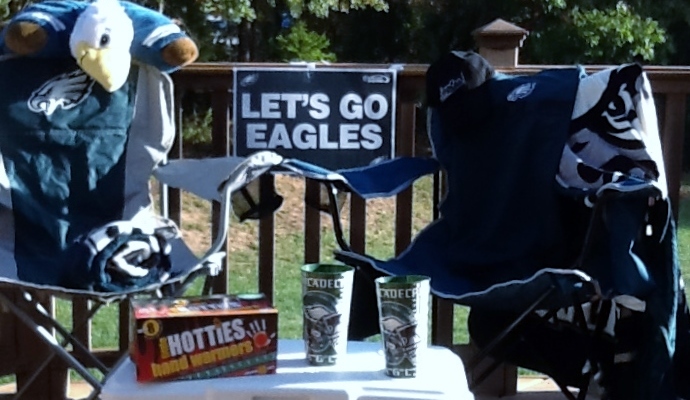 Many Philadelphia fans extend Eagles game day by arriving early for home games and tailgating in the sports complex surrounding Lincoln Financial Field. If you would like to join the party, remember to arrive early.

Many Philadelphia fans choose to extend Eagles game days by arriving early for home games and tailgating in the sports complex surrounding Lincoln Financial Field. If you would like to join the party, remember to check Lincoln Financial Field’s information page and arrive early (gates generally open five hours prior to kickoff) and bring along all of your tailgate essentials.

Designate a meeting time and location. Expert tailgaters use parking lot sections (designated by lettered signs) or major landmarks (such as the I-95 bridge), to mark their territory. Posted signs will also direct you to parking lots open for tailgating.

On game day, a cell phone is the best way to connect with your party as you travel through the tailgating area. You might want to learn the words to the Eagles Fight Song, which will increase your popularity with fellow tailgaters, and pack a radio so you can tune in to the Eagles pregame show.

Food and Drink at the Tailgate

Tailgating is really just an excuse to attend a huge party with thousands of your fellow Eagles fans. And what does every party have? You guessed it: plenty of food and drinks. For your Eagles game tailgate, bring along local favorites, such as Wawa hoagies, (most stores are open 24 hours) or roast pork sandwiches on Amoroso’s rolls. For additional meal ideas, check out the Food Network’s Top 50 Tailgate recipes. If you would like to prepare food right at the tailgate, portable grills are permitted in some of the lots.

Alcohol is permitted for tailgaters who are over the legal drinking age, but alcohol must be consumed outside of the stadium only. You cannot bring alcoholic beverages of any kind with you inside Lincoln Financial Field. Besides a cooler filled with cold drinks, you may also want to pick up a Dunkin’ Donuts Box O’ Joe, the official coffee of the Eagles, on cold autumn mornings. During the football season, this hot beverage is available in a stylish green container emblazoned with the Eagles logo.

To serve your tailgating snacks, bring a folding table to set up a buffet. Eagles chairs with cupholders are also essential; if you are planning on being at the tailgate for the duration, you won’t want to stand the entire time.

As the Eagles season progresses, tailgate weather shifts from summer-like warmth to downright frigid. For cold mornings, layered clothing works best. Scour your closet for any green article of clothing. The kelly green featured in the older jerseys works just as well as the current uniform’s dark green color. Grey or black clothing is also acceptable if an Eagles logo is visible. Count on bringing hats, gloves, and winter jackets for the second half of the season.

Things to Leave at Home

What is decidedly uncool to bring to an Eagles tailgate? Any other NFL team’s jersey tops the list of fashion don’ts. When tailgating with the Eagles Nation, keep in mind that if the home team is not the center of your universe, you may want to hide that fact until the game has been played, or suffer the (mostly good-natured) consequences. This is Philadelphia, after all, and we have a reputation to uphold. 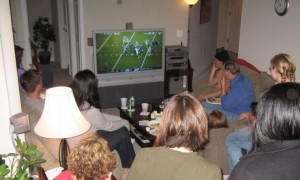 Celebrate the Eagles by holding a football watch party at your home. Break out the Eagles flair with green decorations and snacks. Make things interesting by having guests place bets and try to guess...
Amy Freeman Nov 6, 2013 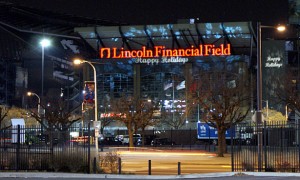 The neighborhoods near Lincoln Financial Field, the stadium where the Eagles play, are a great location for more than just sports fans. When you live near the stadium, you're also near everyday...
Amy Freeman Nov 8, 2013 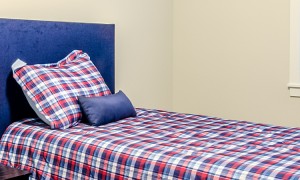 Tips for Using a Sports Theme in Your...

You love the Eagles, the Phillies, or the Flyers, or perhaps all three. While you want to show your love for your favorite teams at home, you don't exactly want your house to look like a sports bar....
Amy Freeman May 11, 2016
https://6nb29bly7g.execute-api.us-east-1.amazonaws.com/ProdStage