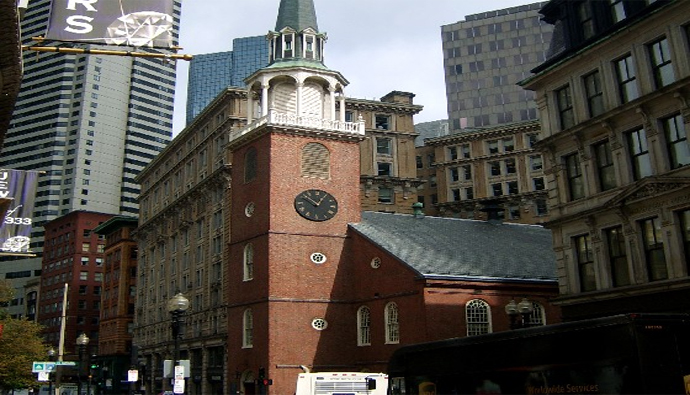 The House of Free Speech

Old South Meeting house, where liberty found its allies and the American Revolution gained its voice.

As we celebrate our independence this week it is important to take a look at our past and reflect on moments in time that made significant impacts on how we live today.

One national historic landmark that we thought deserved recognition is Boston’s famed Old South Meeting House. This is where liberty found its allies and the American Revolution gained its voice.

Interesting Facts about the Old Meeting House via cityofboston.gov

If you plan on visiting Boston you can stop by for a self guided tour of this historic landmark and reflect on all the historic moments this 284 year old “home” has been part of.

I'll confess publicly that I'm a huge Superman fan. Have been since I was a kid, and I'm still one today as a copy of the All Star Superman graphic novel resides on my nightstand. While the Man of...
David Marine Aug 16, 2011

The cobblestone past of Boston's Beacon Hill could practically be a history lesson in American high society. As one of the city’s oldest and most affluent neighborhoods, it was home to many of...
Lindsay Listanski Dec 5, 2012

A popular sci-fi question to ask is when the zombies take over where will you go? Looks like I'll be headed to Woodbury, Georgia. In last night's episode of AMC's The Walking Dead﻿, viewers were...
David Marine Oct 30, 2012
https://6nb29bly7g.execute-api.us-east-1.amazonaws.com/ProdStage