Apartment hunting season in NYC is here, and it’s important that you’re ready if you want to win a great apartment. The early, well-equipped bird gets the worm in this case. So read on to find out what you should know before you start the hunt.

Time to pack away those had-to-have-them Prada toggle boots and those adorable Mukluks and trade them for a pair of your very best running shoes because the race is about to begin: Apartment hunting season in NYC is here!

If you’ve been patiently waiting for your lease to end so that you can get your own place, or if you’re finally graduating with your degree and you’re moving into the city for the very first time, OR if you just want to see what’s out there, get moving because prime apartment hunting season is upon us. Many apartments in the city open up at the end of spring or the beginning of summer. Students may be ending their leases once the school year is over, and some people (maybe you?) think that they can get something better. Whatever your circumstances, keep the following in mind.

Have Your Paperwork Ready

Here’s the deal; this is NYC. From the time people got wind of Ellis Island, folks have been crossing oceans and continents to get here. Current and soon-to-be residents may have been bitten by the NYC-living bug after seeing Carrie from Sex and the City stumble through the streets with her balloons or after watching Shoshanna from Girls live the life in her quirky Soho studio. Or maybe they were hooked after watching this character or that scene from Elementary, Brooklyn Nine-Nine, or Unbreakable Kimmy Schmidt or any one of the other billion shows that highlight how fabulous NYC is.

Whatever it was that hooked them, they’re coming and they’re coming to stay. They’re armed with deposits, brokers’ fees, credit reports, bank statements, job letters and/or guarantor support, and so should you. Your landlord wants to know that you can sustain paying your rent for the next 12 months, so prove that without a doubt, you can. It’s really great that you were top of your class at MIT, but that guy who clears $10k a month from his twee art made from garbage can lids is going to get the apartment over you if that’s all you’re bringing to the table. Money talks LOUDLY in NYC.

You Snooze, You Lose

An apartment can be taken from under your nose while you’re wandering around at the open house. If you like an apartment, and it looks legitimate, jump on it. So if you’ve found this reasonably priced, one-bedroom in the West Village, and it’s a good-sized living space and a small bedroom that will totally work for you, and … Oops! It’s gone!

Look Before You Leap, and Protect Yourself

Apartment season is scam season. Fraudsters litter the pages of sites like Craigslist with apartments that sound so amazing, you’ll think you’re living the dream. You’ll be living a nightmare if you hand over your money without doing your own reference check.

If you’re not going through a real estate professional or agency, you’ll need to really protect yourself to make sure that you’re dealing with a legitimate owner. Ask the landlord for proof that they own the apartment or building, or look up ownership records online. A legitimate landlord will respect a prospective renter who’s responsible enough with money to make sure that everything is on the up and up. And NEVER HAND OVER CASH. 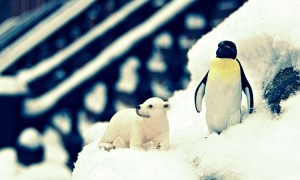 Hunting: How to Find an Apartment in NYC in the...

If you're trying to find an apartment in NYC during the winter, you may think you have a Herculean task in front of you. While apartment hunting during off-season has certain challenges, it may in...
Sakai Blue Jan 30, 2015 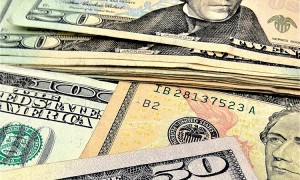 If people are new to renting apartments in New York City, they often encounter sticker shock when they find out how much they have to pay in order to get the keys. This article explores what's...
Sakai Blue Jun 16, 2014 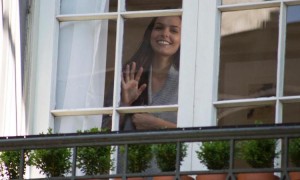 NYC Apartment rentals can be quite an overwhelming task. It's hard enough to get an apartment in the first place in New York City. However, once you have found the right one, there might be some...
Monica Rose Gleberman Apr 13, 2015
https://6nb29bly7g.execute-api.us-east-1.amazonaws.com/ProdStage