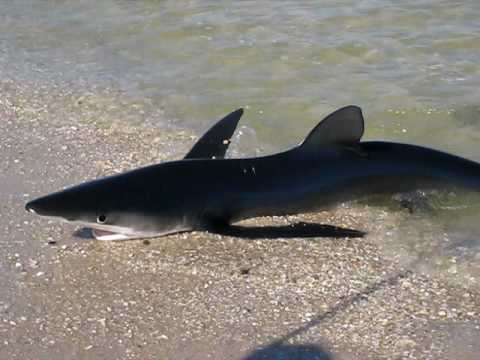 SHARE I’m from Atlantic City, NJ, and I am a huge fan of the beaches and beach communities in our state — or as we refer to them collectively, “the shore.”  So with the news that MTV’s The Jersey Shore hit its biggest ratings ever last week (albeit from Miami, FL right now), I thought […]

I’m from Atlantic City, NJ, and I am a huge fan of the beaches and beach communities in our state — or as we refer to them collectively, “the shore.”  So with the news that MTV’s The Jersey Shore hit its biggest ratings ever last week (albeit from Miami, FL right now), I thought it would be a good time to celebrate the real Jersey Shore and how hot the shore really is these days.

First, seems like HBO is the official TV network of the shore.  A few years back we had the Sopranos and Tony’s attempt to purchase his own Jersey Shore house up in Sea Bright (Exit 109 off the Garden State Parkway, the official gateway to the Jersey Shore)…plus all the episodes on his boat.  Now, we have the Bruce Springsteen HBO special on the making of Darkness on the Edge of Town, with lots of shots of the shore, I’m sure, including Asbury Park (Exit 102) .  As you know, the Boss lives in Monmouth County (also Exit 109) and is the official ambassador of the state and the Shore.  In fact, he recently showed up to take photos with a bride and groom in Manasquan (Exit 98) and since the groom had brought a guitar, Bruce played a few songs for them!

Then, HBO debuts a new series, Boardwalk Empire, about the early days of Atlantic City (Exit 38).    Huge critical hit for HBO.  And since AC is my hometown, its great to see it back in the spotlight…even though Monopoly features the streets of AC in the game that has been going strong for 75 years!  Oh, and did I mention that Bruce wrote about Atlantic City on the Nebraska album, and that a new NJ band has also recorded a song titled Atlantic City, and that the band is called Real Estate?  Weird, huh?

Next, Bon Jovi was just nominated for the next class to be inducted into the Rock and Roll Hall of Fame!  Maybe then, the Sayreville native (Exit 123, the official start of the Jersey Shore trip on the Parkway), who now lives off Exit 114, could join Bruce in the local Jersey Shore HOF all star bar band next summer…

So MTV’s Jersey Shore is filmed in Seaside Heights (Exit 82), but did you also see the big video hit on YouTube about the shark that came ashore on the beach there? Well, almost half a million views later, folks know that Shark Week starts right here!  Also not sure what’s scarier…seeing the shark or Snooki at the beach?

Now, cnnmoney.com is recognizing just how cool the shore is! They spotlighted Sea Isle City (Exit 17) as one of the eight best places to buy a vacation home.  Love the line …”Sea Isle is near the extreme southern tip of New Jersey, 140 road miles south of New York City. It’s even further south than Baltimore, giving it warmer weather than suburban New York beaches.”  This part of South Jersey is actually below the Mason-Dixon line, so it does have some better weather than the beaches farther north.

And if you need to call a real estate professional to buy your Sea isle/Jersey Shore dream house, click the link to find the good folks at Coldwell Banker Laricks Real Estate!

So hope you agree, the REAL Jersey Shore is HOT HOT HOT….but seriously, not the Real Housewives of NJ…

It's All About Trust
Generation Blue

Whether you are visiting or live locally, Atlantic City boasts a unique combination of historic significance with amazing contemporary entertainment. A barrier island along the Atlantic Ocean,...
David Marine Aug 29, 2012

Bruce Springsteen Believes in the Power of Home

“Jersey Strong” has been an anthem of New Jersey for as long as I can remember but last year on October 25 it took on a whole new meaning
Lindsay Listanski Jan 30, 2013

This weekend I enjoyed some time down the Shore. Not the Snooki or Situation Shore, but the real Jersey Shore. Yup in New Jersey that’s what we call going to a beach at the ocean. With three...
David Marine Jul 26, 2011
https://6nb29bly7g.execute-api.us-east-1.amazonaws.com/ProdStage