Why the Suburbs are Big Again

An interesting trend is the recent exodus from the city centers back to the places where a small parcel of land has always been a reward for years at the daily grind. Though this time, the suburbs are seeing a lot of urban changes.

In the last 20 years or so, the American suburbs have gone from a place where neatly-trimmed lawns and automobiles were the ultimate status symbols to places that were perceived as being too far out from the hub of “city-life” to be worthwhile for the modern home buyer. The interesting trend, however, is the recent exodus from the city centers back to the places where a small parcel of land has always been a reward for years at the daily grind. Though this time, the suburbs are seeing a lot of urban changes that have the potential to revitalize even the farthest-flung reaches of suburban sprawl.

The reason for the initial shift was, in large part, due to the growing Millennial population who expressed a need for short commute times, good transit links, and commercial centers that were the hub of a community that could be accessed without the environmental or financial burden of a vehicle. With the burden of school debt, and the need to make their professional mark, it’s only natural that this segment of the population would choose to settle in an urban environment. The pendulum began to shift and swing towards suburbia again, however, as the earliest of the Millennial population — those born between 1981 and 2000 — entered their thirties and began the slow process of settling down and starting families. The Economist reports that, between 2012 and 2013, there was an overall loss in city dwellers of 2.1 percent, an exodus that seems to have been absorbed by the suburban communities who grew by 2.6 percent over the same period. And the shift continues to gain momentum.

It seems Millennials are craving the familiar childhood experiences they had for their children, but with one very important caveat. They want the unique urban perks they enjoyed in the cities — and the suburbs are finding unique ways to provide just that, through revitalization and better planning to manage further sprawl.

With the improvement of transport links to and from the large metropolis, suburbs can refocus resident transport from the automobile to buses, light-rail transit —and in some cases, subways to create easy access to outlying residential hubs. A clever redesign of existing spaces has also helped to infuse the sense of community and authenticity urban dwellers expect in their suburban spaces. Barren industrial complexes are readily being redeveloped into clever mixed-use spaces including childcare, shopping, community spaces, and restaurants that create smaller commercial centers. The resulting impact is the draw on the surrounding sprawl, which creates walkable commercial hubs that mimic the vibrancy of their more urban counterparts. The Atlanta Journal-Constitution reports that the revitalization of suburban commercial spaces, such as that found in the Sugar Hill area, has allowed for a unique identity that is attracting a younger buyer. The Washington Post also reports that the revitalization of such before-their-time neighborhoods, like the Kentlands, can add to already master-planned communities that were built with walkable cities in mind and reform them for more modern uses.

As more and more Millennials begin the process of family life and enter the real estate market, the face of traditional suburbanism will continue to morph the staples of suburban life with the vibrancy of the city. Affordability, good schools, and space will complement the newly built or revitalized commercial centers to create a multitude of communities, each with their distinct flair and sense of inclusiveness — and that is a good thing for the face of real estate.

Most Extensive Home Price Comparison Report Ranks More Than 2,000 U.S. Markets
The Most Affordable Real Estate Market in the Country is… 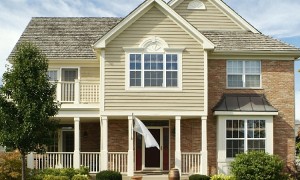 Fort Worth is a thriving city with historical ties to the aviation, ranching, and petroleum industries. Like its sister city, Dallas, Fort Worth is surrounded by many suburban communities. Following...
Lindsey Chamberlain Oct 1, 2014 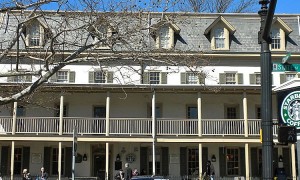 Whether you're searching for a quaint and walkable downtown, a highly rated school district or a short commute into the city, you'll easily find a Philadelphia suburb to call home. Here are just a...
Jennifer A. DiGiovanni Nov 17, 2014

If you are looking for the best of city living complete with swimming pools, fitness centers, gorgeous city views, and an on-site staff available for 24-hour assistance, luxury condos in Philadelphia...
Jennifer A. DiGiovanni May 11, 2014
https://6nb29bly7g.execute-api.us-east-1.amazonaws.com/ProdStage