Bigfoot or “Bear Foot” in the Park

Imagine sitting by the fire, enjoying the great outdoors, with your tent nearby or hiking through one of our beautiful forests and hearing the long piercing moan of Bigfoot. Shasta County is number five on the top 20 list of hotspots for sightings.

Imagine sitting by the fire, enjoying the great outdoors, with your tent nearby or hiking through one of our beautiful forests and hearing the long piercing moan of Bigfoot. Scoff if you will, but the fact is Shasta County is number five on the top 20 list of hotspots for sightings in North America. There have been hundreds of encounters as well as footprint discoveries as recently as January 2013. In fact the site of the famous Bigfoot film by Peterson/Gimlin was a little more than two hours away from Redding at Bluff Creek. Bluff Creek is number one on the list of places where you are most likely to spot Bigfoot and home to the world’s largest collection of Bigfoot artifacts. One of the first footprints discovered was found at this site.

Every year, enthusiasts gather for festivals and other events up and down the Northwest celebrating all things Bigfoot. Many people have described the creature in one way or another, but the general consensus is that of a large hairy cross between animal and human. Observers tell of an incredibly tall beast with long arms. Some have not seen the creature but only heard the loud, mournful, eerie howl. Anyone who has been close enough to give an accurate account tells of a very bad smell and the feeling of being watched. Most of the local encounters have occurred in the deep dark forests surrounding Shasta and Tehama counties. Despite that fact, Chris Contreras recounts to the Sasquatch Chronicles a chilling brush with the creature, where it was following menacingly behind Contreras as he walked home down a dark road not far from civilization. There have been sightings all over the world of a creature that resembles Bigfoot. The North American Indians call it Sasquatch, or Big Man and believe it has supernatural powers. In Nepal, the people call it the Yeti or Mountain Man and describe the creature as a huge, hairy, ape-like being. In Russia it is known as the Abominable Snow Man.

Adventurers have come to Shasta County from far and wide in search of this allusive creature. Most have been struck by the beauty and majesty of our area and have opted to stay. So when we are sitting by the fire with our tent nearby, or hiking through one of our beautiful forests, and we hear that long mournful moan, we give a silent nod to “Big Brother” who shares this beautiful North State with us.

Unusual and Notorious Homes for Sale

Coldwell Banker recently helped Forbes with an article on “Strange Homes for Sale,” and we reached out to our network to find the most unusual, notorious homes on the market right now. Below are...
David Marine Dec 23, 2010 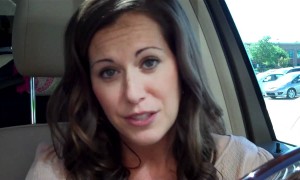 In Honor of Mother’s Day: The Mom Cave

If dads have man caves surely the lady of the house deserves a private retreat as well, right? Creating a mom cave is easier than you think. A little space, vibrant colors and a splash of your...
Lindsay Listanski May 11, 2012 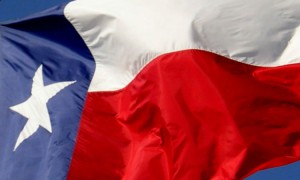 They say everything is bigger in Texas…

Five bigger and better Texas properties that will make you want to move to The Lone Star state.
Victoria Keichinger Sep 4, 2014
https://6nb29bly7g.execute-api.us-east-1.amazonaws.com/ProdStage