SHARE   August 4th happens to be President Barack Obama’s 51st birthday (Happy Birthday Mr. President!) While we’re not entirely sure what the President’s plans are for his big day, we’re hoping he’s planning to spend it home celebrating with his wife, kids, the family pet “Bo” and  his closest friends. One of the perks that comes […] The President celebrates his birthday with his family.
*Photo courtesy of Huffington Post

August 4th happens to be President Barack Obama’s 51st birthday (Happy Birthday Mr. President!) While we’re not entirely sure what the President’s plans are for his big day, we’re hoping he’s planning to spend it home celebrating with his wife, kids, the family pet “Bo” and  his closest friends.

One of the perks that comes with the Presidency is you get to move into one of the nation’s most historic, beautiful, iconic and instantly recognizable homes. If living at the world’s most famous address isn’t enough, there’s an abundance of great spaces available for you to host a birthday party that would make the likes of Jay-Z and George Clooney jealous.

We’re not the most seasoned of party planners here at Coldwell Banker Real Estate, but we sure do know home. So here are a few spaces in the White House we think would make for a memorable birthday celebration! The Eastroom located on the State Floor
*Photo Courtesy of: whitehouse.gov

This largest room in the entire house, White House designers have purposefully left furniture out of this room so it can be used for large gatherings like weddings, after-dinner entertaining and press conferences. There’s plenty of free space for tables and chairs but most importantly, there seems to be ample  room for a dance floor.

*Fun Fact – Abigail Adams used to dry her laundry here in the winter of 1800. The Family Theater at the White House
*Photo Courtesy of: Wikipedia Commons

If the President wants a more laid back type of birthday celebration, then watching a new movie (I’m sure he could swing an advanced copy!) in “The Family Theater” might do the trick. The theater is located in the East Wing and offers all the amenities as the major movie theater chains.

*Fun Fact: President Franklin D. Roosevelt had the “Cloakroom” converted into this theater so he could watch the news and be kept up to date on foreign affairs. The South Lawn of the White House has plenty of room for a great Birthday Party.
*Photo Courtesy of: Wikipedia

It’s expected to be 94 degrees and sunny on Saturday, so if the President wanted to take advantage of the massive amount of space on the South Lawn, then he could throw quite the birthday celebration. The space is used routinely for barbecues, Easter Egg hunts and concerts so we already know the space can handle a lot of guests without it feeling too cramped. We suggest a barbecue followed by a fun set of games like Badminton, Volleyball and Soccer to commemorate the Olympics.

*Fun Fact: The Magnolia Trees located here were planted by President Andrew Jackson and are the earliest remaining ones planted by a U.S. President.

However President Obama plans to celebrate his birthday, we know his home and the people in it will help make it a special day. Happy Birthday!

Can a Safe Room Add Value to a Home?
Coldwell Banker Colorado Declares “Day of Service” in Wake of Tough Summer with Wildfires and Theater Shooting

Did you know that April is Lawn & Garden month? Last week Tara Rodman-Marine guest blogged  about how her garden has added to the value of her home. You can check out her post here: Here’s To...
Lindsay Listanski Apr 9, 2012 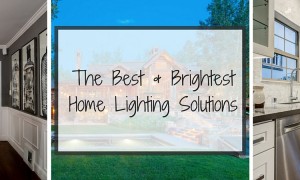 Before listing your home, tap into the talents of a home stager. You may sell your home faster and at a bigger profit.
Victoria Keichinger Nov 22, 2016
https://6nb29bly7g.execute-api.us-east-1.amazonaws.com/ProdStage