Just like its metropolitan neighborhood, Philadelphia, Bordentown City is having its Farnsworth Avenue eateries join together for its own restaurant week, 3/20 – 3/25. Sponsored by the Downtown Bordentown Association, the participating restaurants are Toscano Ristorante, HOB Tavern, Under the Moon Cafe, Jester’s European Cafe, Marcello’s, The Farnsworth House, The Vault, and Oliver A Bistro. The menus are prix fixe with some restaurants offering a casual dining option for $19.95 or a fine dining menu for $29.95.

The Most Important Part — The Food!

Some highlights from the fine dining menus include the Root Beer Glazed Pork Tenderloin at Toscano’s, the Beef Empanada at Under the Moon Cafe, which are made by hand each day, Potato Encrusted Salmon at Jester’s, a house-made manicotti with wild boar ragu at the newly redone Marcello’s and available Friday only a pan roasted salmon with a pistachio ragout at Oliver’s.

If you are looking for the casual prix fixe menus, you will find some lighter fare like shrimp and grits at Oliver’s, the cannot miss pizza at the Vault (which was voted one of the 25 best pizzerias of NJ for 2015), or a half rack of ribs at HOB Tavern.

Each menu can be found at the below links. Reservations are strongly recommended so the number is included below.

Of course, you will want to wash all of that down with something tasty as well, so if you are looking for a place that can fix you a drink you want to head to Toscano’s, Jester’s, The Farnsworth House (large beer selection), or the HOB. As for the others, you can bring your own bottle, which you can pick up right on Farnsworth at Boyd’s Pharmacy, just a short walk from each restaurant.

Bordentown — More than Just a Place to Eat Great Food!

The sponsor of this event, Downtown Bordentown Association, is a collection of the eclectic local shops, restaurants, and other businesses within Bordentown’s downtown area, which consists of Farnsworth Avenue, Crosswicks Street, and Walnut Street. This area is a lovely place to walk around and pop in the different shops to see what unique items can be found. The city’s accessibility via the Riverline, which stops just above the Bordentown Beach, and accessibility by car just off of Route 130, the N.J. Turnpike, and 295, makes it a great day trip destination.

This is just one of the great annual events held in Bordentown City which also plays host to several fairs and festivals including the Cranberry Festival and Green Fair. The local community is very involved in making these events happen in the historic town making a great community to reside in that is also commuter friendly with highways close by and access to N.J. Transit through the Riverline.

Homes in Bordentown City range from old mansions that overlook the Delaware River to smaller row homes with all places having their own unique character. No matter where the location, living in Bordentown City you will be in walking distance to all of these featured restaurants. All the homes that Bordentown currently has to offer can be seen here: Bordentown Homes For Sale

Guttenberg, New Jersey: 5 Reasons You Should Get to Know It!
Celebrity Homes in N.J. — Reality Shows Hosted in New Jersey 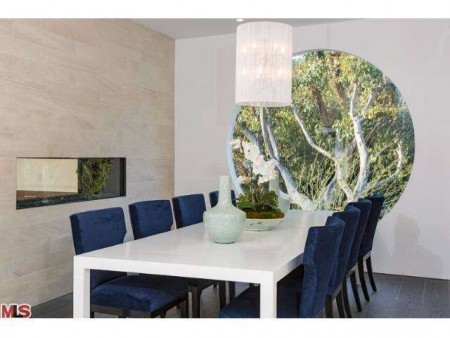 It is often said that the kitchen is the heart of any home. However, equally as important is the dining room. I find that dining rooms are often over looked and only used for formal occasions. But...
Lindsay Listanski Mar 7, 2014 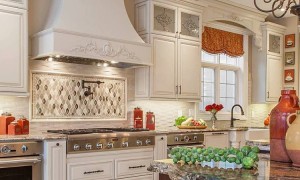 Kitchen Design Trends to Watch in 2017

A look at kitchen design trends for 2017 from Bordentown, N.J., local business Cabinets with Amy and Lauren. Looking at both traditional and modern trends as well as what is appearing in both....
Kevin Lawton Feb 10, 2017

The Masters and a Home for Golf

The Masters. When I read that phrase I can hear Jim Nantz saying, "It's a tradition unlike any other." The green jacket, the beautiful course, Amen corner and all the wonder that comes with The...
David Marine Apr 4, 2012
https://6nb29bly7g.execute-api.us-east-1.amazonaws.com/ProdStage