Ah, the start of the Major League Baseball season. A time where the grass looks greener. The hot dogs are a bit tastier. And hope springs eternal.

Ah, the start of the Major League Baseball season. A time where the grass looks greener. The hot dogs are a bit tastier. And hope springs eternal.

At Coldwell Banker Real Estate we’re excited about baseball as well because it’s one of the best sports that connects directly to home. Home plate. Home run. Home field. Home team. There’s a yard. You can go yard. Landscaping is ridiculously important. I mean the list goes on and on.

But this year we have a partnership with MLB.com where we’ll be producing some pretty amazing video content with Major League Baseball players in the coming months, but before the season got too far along we wanted to see how some were predicting the baseball season to play out. One of my favorite baseball analysts is Buster Olney with ESPN and every year he lays out his predictions as to which teams will make the playoffs. Instead of just looking at team logos and rosters, what if we looked at Buster Olney’s predictions as far as how it looks based on the most expensive homes on coldwellbanker.com in each market? Here’s how it would look. And there you have it. Personally, I think Buster may be a little off with his prediction as he has the Cardinals and Rays squaring off in the World Series with the Cardinals coming out on top. According to the most expensive homes in the market I think Arizona is the team to beat. 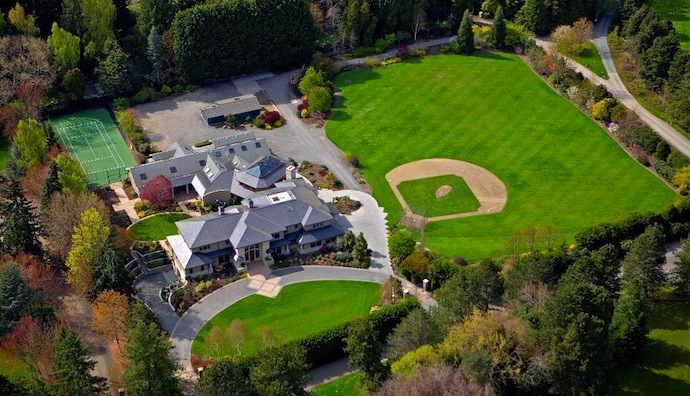 Welcome to baseball season. Sure March Madness has its Final Four still to come and the NBA is winding down its regular season, but this time of year is special for baseball. The Major League...
David Marine Apr 1, 2013

The opening day of the Major League Baseball season is upon us and to me there's no sport that better relates to home than baseball. Think about it. Home is an essential part of the baseball...
David Marine Apr 5, 2012
https://6nb29bly7g.execute-api.us-east-1.amazonaws.com/ProdStage